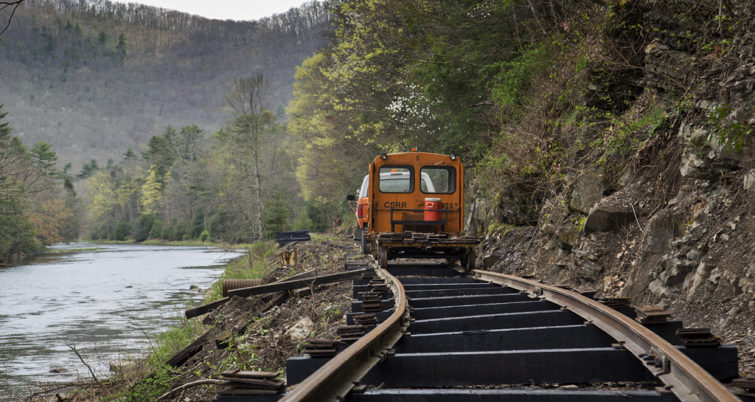 CHARLESTON, WV – The Cass Scenic Railroad has been a popular attraction for rail enthusiasts and the general public since it opened in 1963. A portion of the railroad, the line between Cass and Durbin, has not been used since 1985 when the Trout Run Bridge was washed away by a flood.

According to Lootpress, efforts are now underway to rebuild the bridge through the collaboration of the railroad, the West Virginia Department of Transportation (WVDOT), the West Virginia Division of Highways (WVDOH), and the railroad which runs the Cass trains, the Durbin and Greenbrier Valley. Once the bridge is complete, and miscellaneous prep work done, the Cass to Durbin line will reopen.

Interestingly, the WVDOH team is referred to as “Central Forces,” or Cenforce, which works on projects throughout the state when special skills or expertise are needed. Greg Pennington, a Cass supervisor, said “You name it, we do it. We step in and knock it out of the park.”

The crew faces tough winter working conditions while repairing the bridge. One of the workers said “When it’s 25 degrees at Cass, it’s 15 degrees here. He added that they had to plow their way to the work site with pickup trucks that are equipped with snowplows. Nevertheless, another worker said dealing with the tough conditions and hard work are worth the effort. To bolster his point, he said “I think we owe it to the state and to the nation to open this back up so people can see the beauty of the river and this valley.”