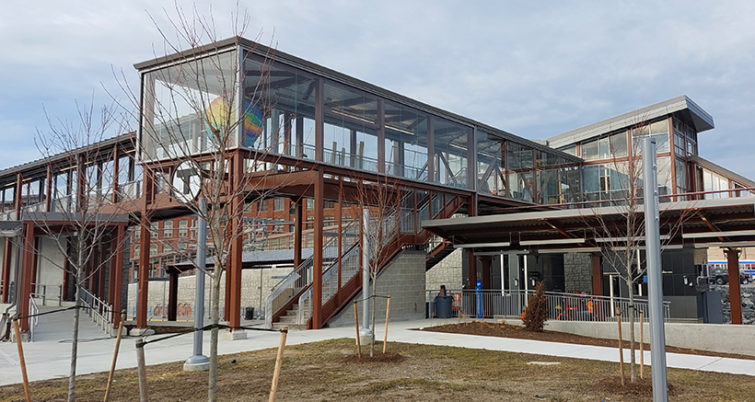 The new transit center is the result of more than a decade of collaboration between state and local officials, transit, bus and railroad stakeholders, according to the Rhode Island Department of Transportation.

In an emerging area of transit-oriented economic development in Pawtucket and Central Falls, RIDOT said the new station will provide a robust combination of commuter rail and bus service.

The Pawtucket-Central Falls Transit Center’s opening marks the culmination of years of planning and completion of a $63 million design-build project initiated by RIDOT in 2018, officials said.

More than two-thirds of the project’s cost, about $43 million, was covered by federal funds, a release said. This includes a $13.1 million Transportation Investment Generating Economic Recovery grant and a $7 million Bus and Facilities Grant from the Federal Transit Administration, as well as $20 million in funding from the FTA’s Congestion Mitigation and Air Quality Improvement Program.

The station, intermodal connectivity, and pedestrian access will not only help catalyze transit-oriented development, but RIDOT said the improvements will also pave the way for higher levels of future transit share for commuters and workers at the site.

The Pawtucket-Central Falls station will supplement the MBTA’s three other stations—Providence, T.F. Green, and Wickford Junction—with numerous stops in Massachusetts along the route to the South Station in Boston, a release said. The MBTA will make 40 weekday stops and 18 weekend stops at the new station.