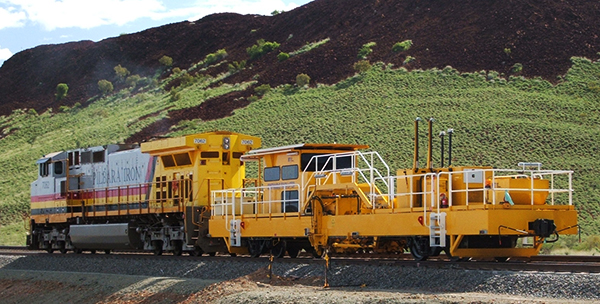 Harsco is predicting a surge in revenue in its rail unit for 2019, driven by a backlog and growing demand for maintenance-of-way equipment.

The company, which provides railway track maintenance and construction services across the globe, forecasts a 25-to-35 percent rise in income this year in its rail unit. In particular, Harsco is expecting higher income from its Protran Technology unit, which develops personnel safety systems for transit railways and buses. Protan also provides rail consulting services under the Zeta Tech brand. The company is also seeing a rise in demand for replacement parts for the rail equipment Harsco distributes around the globe, such as rail grinders, spike pullers, spreader ditchers, etc.

By contrast, the company said a “less favorable product mix” would have a negative effect on revenue this year.

In a call with analysts, Harsco executives said the company would introduce a number of new new products for the rail industry this year, but provided no details

The positive forecast comes after the rail unit landed a number of new, high-profile sales to long-standing customers, most notably New York’s Metropolitan Transportation Authority (MTA) and Singapore’s Land Transport Authority, which is building a new railway, Thomson-East Coast Line. Executives said the company expected sales to China to “continue to be strong” despite ongoing trade disagreements between that nation and the United States.