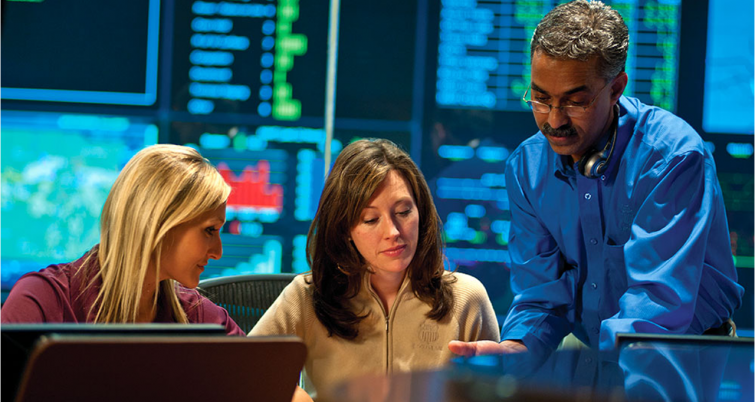 “Rapidly changing markets and engagement of Precision Scheduled Railroading (PSR) initiatives has led to longer trains and increasing manifest train runs,” PST points out. “For Class I railroads, the traditional operation of unit trains has been a straightforward Transportation Management System (TMS) and Event Recorder analysis effort. The variety of train length, car weights, proliferation of cushioned couplers, car placement and train-builds for maximizing switching efficiencies enroute is creating new problems, such as break-in-twos, derailments and stalls (loss of track adhesion for power). All of these have significant safety, economic and operational concerns.

“There are some legacy approaches to accomplish forensic analysis after incidents occur; however, these efforts can come with extended timelines to receive results. Additionally, the findings tend to be diagnostic, but don’t necessarily help with predictive or prescriptive approaches to develop better train building and safety improvements. PST’s physics-based simulation allows railroads to self-serve their analysis, improving operations for railroads.”

To remedy this issue, PST developed “a comprehensive physics-based simulation engine that goes much deeper into train behavior. Our solution calculates physical interactions on a car-by-car basis. Then, like the real world, this one-car instance and behavior is added to the next car and so on. Finally, a complete train solution is available for simulation. In addition to L/V and buff/draft forces, the PST physics engine also calculates the fluid dynamics for brake pressure effectiveness throughout the length of the train.”

Initially, the PST physics-engine task was to perform post-incident analysis. “For these operations, in addition to loading the GIS route data and consist data, the actual Event Recorder data is also loaded. Then the analysis is performed. Results began to emerge indicating that manifest trains, built within TMS rulesets, could still exceed allowable in-train forces depending on terrain. The train, as a whole, could  still be in compliance, but car-to-car couplers could break. To ensure that specific results like these are interpreted correctly, it also became essential to produce understandable reports that quickly present data in a meaningful format.

“In interviews with users of other forensic services, it became apparent that the data was deemed by many to be cryptic and hard to decipher. Consequently, a data visualization ability was developed for presenting information in a way that allows design engineers and business leaders to quickly extract knowledge, instead of facts.”

This is PTB’s E•R Analyzer™ module, in which results are presented in a graphical format that can be customized after the simulation processes, “allowing users to quickly compare different factors with clear visual markers that guide users to key results. This data presentation awareness and ability were also a fundamental enhancement of the growing capabilities that are being developed.”

Following forensic analysis, PST turned attention to creating an ability to test assumptions built into TMS rulesets for prescriptive utilization. “This may have the dual benefit of improving safety analysis prior to trains running as well as potentially revealing ways to increase asset utilization via weight or speed changes. Now, through the PTB Validator™ module, multiple scenarios with variations of consist builds can be created and tested. Integration with a railroad’s TMS and GIS information have also been created, allowing  users to quickly create car placement variations and adjust train length. When the simulation completes, users are provided a go/no-go result; however, they also can investigate why a no-go may have been the outcome.”

“Extending TMS vetting to the next logical need was as a predictive toolset,” PST notes. This is the PTB Monitor™ module, which includes active monitoring during multiple points in a train’s journey with more simulations being run after each work event. “This creates scientifically based opportunities to reduce the likelihood of inadvertent consist placements resulting in sub-optimal performance including derailments or near derailment causing conditions.

As a proactive tool, monitoring includes the ability to provide alerts to the Operating team about in-train force issues in real-time. For additional analysis, external data points also are integrated, such as weather, track adhesion, wind, bulletins, slow orders, and potentially, dimensional clearance. The constant simulation monitor provides a focus on improved train handling and reduced derailments by utilizing point-to-point scenario creation throughout the duration of the train run. This monitoring function also embeds, and utilizes historical and institutional knowledge to improve financial performance of train builds and runs.”

“Creating an increased margin of safety and consistency surrounding enroute operations is the single biggest benefit of PTB,” comments PST President Seenu Chundru. “Train crews, and the communities the railroads serv deserve as much safety as railroads can provide. The elimination of break-in-twos and in-train force-caused derailments would be a big part of that. From an operations perspective, any such incident also causes service interruptions, widening the circle of people affected. All incident remediations are also resource intensive. Additionally, being able to ‘sweat the assets’ or re-evaluate train car loadings and placement to maximize efficiency provide an attractive upside to predictive analysis. The initial impetus for creating Precision Train Builder’s functionality was to improve safety by reducing and understanding derailment and break-in-two incidents. With the abilities now connected to TMS solutions, additional business application integrations are being looked at that can further improve business efficiencies and operations improvements.”

PS Technology describes itself as “committed to delivering significant and measurable returns to its clients and partners. For more than three decades, PST has improved the processes and systems surrounding crew management, timekeeping and physics-based simulation solutions with integrity and a desire to create value. PST’s asset management systems power the largest railroads in North America. PST’s crew management and timekeeping solutions have been used to manage the day-to-day operations of more than 100,000 employees that run, maintain and support rail operations across more than 120,000 miles of rail. PST’s physics-based simulation solutions provide a premium learning environment.”