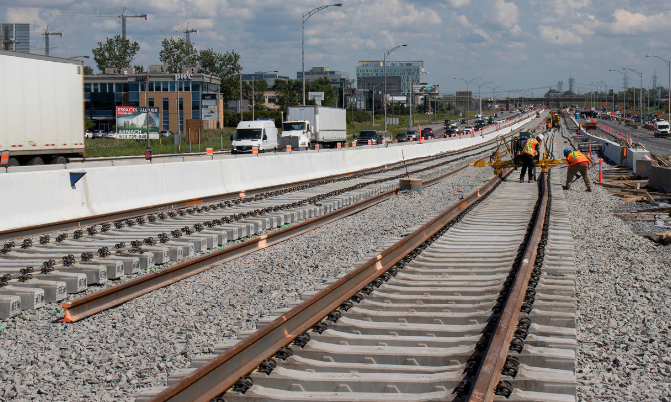 Design firms on the REM light-rail system in Montreal are quitting because of the sight of a section of rail.

Design firms of the REM light-rail system in Montreal can’t stand the sight of a section of track, so they have decided to walk.

According to a report from the Journal de Montreal, two firms have removed themselves from the $10 billion project because of, well, ugliness.

The offensive section would run along portions of Rene-Levesque and Notre Dame boulevards in the East End of Montreal. Designs have been produced of what stations and the line itself will look like. Thick Y-shaped concrete piers dot the route.

Many residents, citing the noise that will be created by passing trains and the sight of the elevated concrete portion, have not been in favor of the chosen design option, and would prefer a tunnel.

CDPQ Infra. is leading the project and says it is not possible to build underground. A recent progress report said the challenges with a tunnel include water mains and sewers that are in the way, a danger to metro lines and the risk that buildings might collapse.

Officials say at this point all options for the light-rail work are being reviewed.

The proposed light-rail system will have 32 km of track and 23 new stations. User of the REM l’Est will be able to travel to the Rivières-des-Prairies – Pointe-aux-Trembles, Montreal-Nord and downtown Montreal.