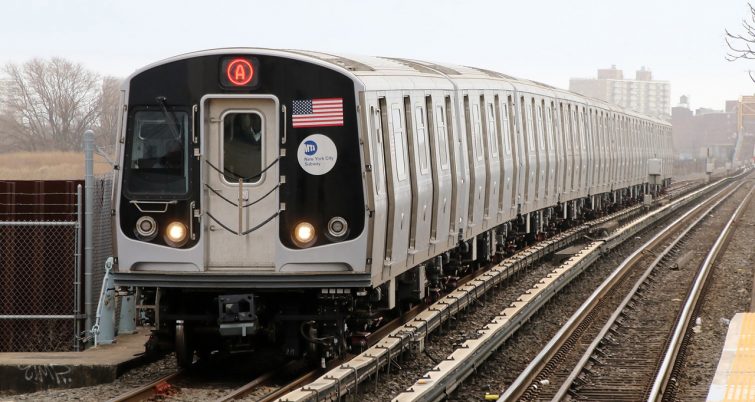 Janno Lieber Confirmed as 15th Chair of the MTA.
MTA

The Metropolitan Transportation Authority (MTA) announced that the MTA Board approved the first of three contract awards that will extend signal modernization along the Queens Boulevard Line east of Kew Gardens-Union Turnpike station with Communication-Based Train Control (CBTC).

The upgrade of the signal system to CBTC will allow trains to safely run at a greater speed and at closer distances, providing more efficient and reliable service on the E and F lines.

“Reliable high-quality public transit plays a huge role in giving people maximum access to jobs, education and opportunity,” said MTA Acting Chair and CEO Janno Lieber. “CBTC signal systems have delivered major improvements in service on those subway lines that already have them, and we look forward to continuing to implement this technology across the system.”

“A modern signal system is critical to the delivery of the 21st century transit system that our riders deserve,” said Jamie Torres-Springer, president of MTA Construction & Development. “The signal modernization program is being vastly accelerated throughout the subway system and the addition of a quality new equipment vendor to diversify our vendor pool will drive competition and ensure faster and cheaper delivery.”

“CBTC is key to improving subway service because it allows dispatchers to know real-time positions of trains in a much more precise way, which allows the MTA to schedule more trains and operate them more reliably,” said MTA Interim NYC Transit President Craig Cipriano. “This expansion of CBTC will improve train service on this busy corridor and allow us to provide more accurate real-time arrival information for our customers.”

This first contract award is for the design, delivery, and testing of the CBTC equipment, and is valued at $62.6 million over 55 months. The second award will be for the installation of the CBTC equipment. The third contract will be for the installation of the Data Communication System. CBTC uses radio communications to constantly connect the MTA’s trains and signal system, with service managed dynamically by a computer system in New York City Transit’s Rail Control Center.

Trains operate with CBTC on the 1 and 7 lines, which were brought online in 1996 and 2019, respectively. The MTA is currently installing CBTC on a two-line segment expected to go into service next year: the Queens Boulevard Line between Kew Gardens-Union Turnpike and 50 Street in Manhattan, and the F line between Church Avenue and West 8 Street-NY Aquarium. The MTA is also installing CBTC on the ACE line between 59 Street-Columbus Circle and Jay Street-MetroTech, which is expected for completion in 2025. Future line segments to receive CBTC are the G line between Hoyt-Schermerhorn and Court Square, the AC line between High Street and Euclid Avenue, and the F line between Jay Street-MetroTech and Broadway-Lafayette Street. 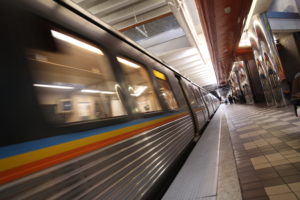 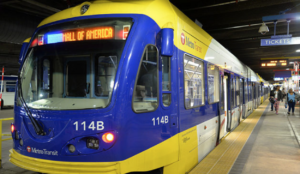