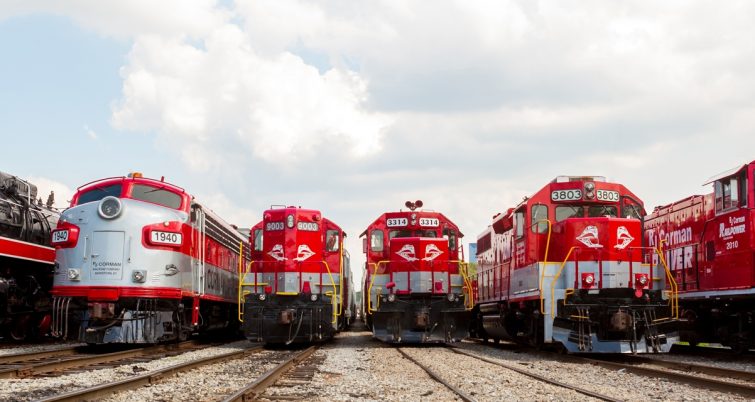 A bundle of Consolidated Rail Infrastructure and Safety Improvements (CRISI) awards have been announced to help short line companies maintain their lines.

A rail project in Berks County, Pa., will receive a $14.7 million grant to rehabilitate 8.6 miles of track and either replace or restore 14 bridges between Boyerstown and Pottstown. Also included is funding for two transload yards and a drainage project.

R.J. Corman will receive $7.3 million for its central Kentucky lines. The money will be used for a project that will build a new freight rail-to-truck transload facility close to Frankfort and for improvements to a yard and transload facility in Lexington. That project will consist of rehabilitating grade crossings and track, switching replacements, and the expansion of storage pads.

The Alabama Tennessee River Railway won a $4.96 million grant for safety improvements on its line between Birmingham and Guntersville, Ala. Work will include the following: improving siding and wye tracks to handle more traffic, eliminating switching over S.R. 144, improving a grade crossing on S.R. 144, reactivating rockslide warning signals to alllow 25-mph train speeds between Birmingham and Ragland, and rehabilitating nine bridges.

The Gettysburg Northern Railway has been awarded a $1.84 million grant to rehabilitate 24 miles of track in Adams and Cumberland counties. Included in the project are the construction of a runaround track, improvements at 15 crossings and the repair of seven culverts.