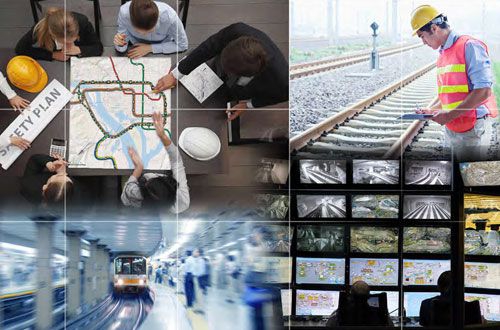 Robert Sumwalt, chairman of the National Transportation Safety Board (NTSB), offered insight on the status of important rail safety changes at the midpoint of the Most Wanted List 2017–2018 cycle in a March 26 blog post.

The NTSB released its 2017–2018 Most Wanted List in November 2016, following a new two-year cycle format rather than the previous annual timeline used.

Former NTSB Chairman Christopher Hart had explained in 2016 that the new two-year cycle is intended to better enable the board to focus its advocacy efforts on “sustained progress.”

Sumwalt cited recent derailments as evidence of key safety initiatives that need to be further implemented.

“While there has been progress with implementing some of the NTSB’s recommendations, the Chester and DuPont derailments and the Cayce collision tragically illustrate that more needs to be done – and quickly!” Sumwalt wrote. “A deficient safety management system and impairment were factors in the fatal Chester accident.”

Sumwalt also noted the issue of distractions playing a role in major accidents, adding that the NTSB has recommended that Amtrak prohibit personal phone calls while dispatchers are on duty.

Recent accidents have also highlighted a rise in drug use by rail workers, Sumwalt said. He noted that drug abuse has been identified as a factor in seven accidents in the past three years and in nine total accidents within the past 10 years, compared to only one such accident during the previous decade.

An NTSB investigation into drug use has created change, though. Sumwalt said the Federal Railroad Administration (FRA) moved to mandate that random urine drug screenings take place for maintenance-of-way workers starting in April 2018.

Another common issue in the rail industry Sumwalt noted was the concern of fatigue and medical fitness.

“We’re disappointed that the FRA and the Federal Motor Carrier Safety Administration have withdrawn an advanced notice of proposed rulemaking that would’ve supported sleep apnea screening for railroads and for commercial highway carriers,” Sumwalt wrote.

The FRA has made progress in regards to strengthening occupant protection by working to develop a performance standard for keeping window glazing in place in the event of an accident, Sumwalt said.

“Unfortunately, meaningful improvements related to the safety of corner posts, door designs, restraint systems, and locomotive cab crashworthiness have been slow,” he explained.
The list’s section on the safe transport of hazardous materials issue emphasizes a need to transport energy products in safer tank cars that are built to the DOT-117 standards rather than DOT-111 and CPC 1232 standards, he explained.

Sumwalt said the NTSB is observing that the “more robust” DOT-117 standard is being used to transport crude oil, but said Ethanol transport is still mostly reliant on the DOT-111 and CPC 1232 standards.

“We urge stakeholders to move to using the DOT-117 standard when carrying ethanol as soon as possible, ahead of the mandated deadlines,” Sumwalt said.

In terms of improving transit safety oversight, he said there has been little progress observed since the NTSB unveiled the current list.

“To exercise effective oversight, the Federal Transit Administration (FTA) must continue to use the authority it gained with the Fixing America’s Surface Transportation Act and Moving Ahead for Progress in the 21st Century Act to promulgate safety rules,” he explained.

However, Sumwalt added that the NTSB would like the FRA to require the installation and mandate that the requirement be expanded to include audio recording. He said the NTSB believes the freight rule should “follow suit.” The FTA still has no such requirements for transit rail, Sumwalt said.

The NTSB has been publishing a series of blog posts outlining the progress the transportation industry has made in each area to advance issues on the 2017–2018 list and to spotlight the modes which still need to improve. Sumwalt’s March 26 post was the fourth and final blog post of the series.