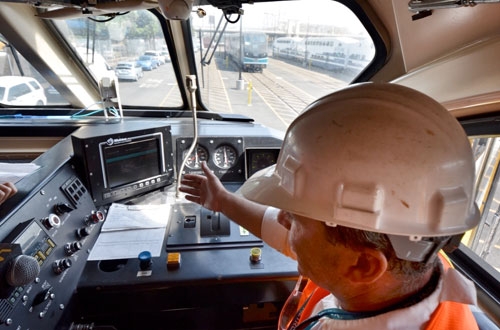 Rail freight industry representatives and other officials will appear before the Senate Commerce Committee tomorrow, Wednesday, July 31, to brief lawmakers on the status of Positive Train Control (PTC) technology implementation on U.S. railroads.

According to Transport Topics, the hearing is slated to “focus on the implementation of positive train control (PTC) and anticipated compliance with the December 31, 2020 deadline.”  The Senate Commerce Committee oversees the nation’s freight transportation policy.

The original deadline for PTC implementation was December 15, 2015.  Readers may recall that the railroads told the federal government that they could not meet that deadline, and if Congress was going to enforce it, the railroads would simply not operate those lines on which it was required.  Lines that required it represented, essentially, the backbone of the U.S. freight rail system.  This would have had devastating economic effects on the entire U.S. economy and the railroads themselves.

Since the updated legislation was enacted, the railroads have been quietly working on implementation, and have made substantial progress.  Many miles of freight line are now operating under PTC oversight and control. The Federal Railroad Adminstration (FRA) reported in March that PTC was operational on approximately 48,000 route-miles of the required 58,000. The next challenge is interoperability of PTC operation between railroads, and the roads are working on that now, along with tweaking the operation of their own PTC systems.

To discuss these and other issues with the Senate Commerce Committee tomorrow, the following witnesses will appear: