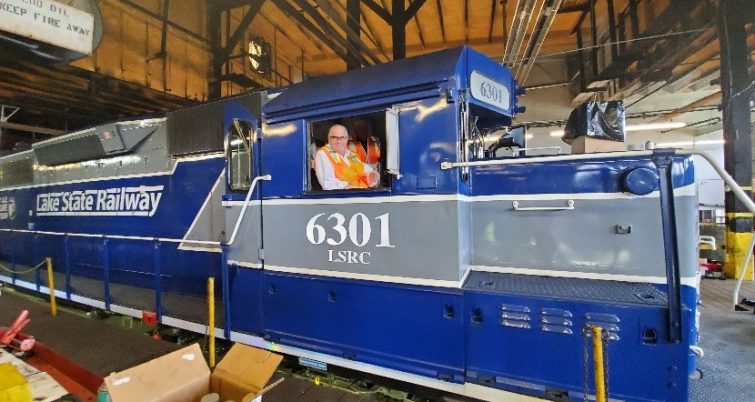 Funds made available through the 45G Short Line Tax Credit have substantially helped short lines rebuild their infrastructure.  Lake State Railway, for example, has invested millions of dollars rehabilitating the railroad to improve safety and better serve customers.  An important part of this investment has been provided by the 45G credit.  Congressman Kildee has been a leading advocate of the credit and the railroad, and Lake State employees and shippers are very grateful for his support.

“It was a privilege hosting Congressman Kildee,” said Duffey. “Our company is dedicated to serving our many customers and the 45G tax credit plays a key role in the long-term and safe operation of the Lake State Railway. We thank Congressman Kildee for his early and ongoing support for 45G and short line industry overall.”

Congressman Kildee was elected to the United States House of Representatives by Michigan’s 5th Congressional District in 2012. Congressman Kildee is the Chief Deputy Whip for the Democratic Party and sits on the prestigious House Ways and Means Committee.

“Railroads are an important part of Michigan’s economy and play a critical role in connecting businesses and farmers with markets around the world. I’m grateful for the opportunity to once again meet with Lake State Railway and receive an update on their work to boost mid-Michigan’s economy. I will continue to work in Congress to invest in Michigan’s infrastructure and make our region more economically competitive.” – Congressman Dan Kildee (D-MI-5)

Key topics of the group’s discussion included the challenge of finding sufficient funds to maintain America’s freight railroad network and their advocacy for support of the Building Rail Access for Customers and the Economy (BRACE) Act. The BRACE act will allow the nation’s small, local freight railroads to increase their reinvestments to upgrade and expand the “first and last mile” of transportation infrastructure, benefitting Michigan communities and shippers that depend on affordable and competitive access to rail-based freight shipping.

The group also highlighted the needs for increased funding for the Better Utilizing Investment to Leverage Development (BUILD), and the Consolidated Rail Infrastructure & Safety Improvements (CRISI) grant programs as part of the Fiscal Year 2020 appropriations package. Together, these grant programs fund both public and private transportation projects that are of regional significance and enhance user safety.

In April 2012, SBS interchanges and railroad accounting practices were converted to LSRC, completing the consolidation. Consistent investment in rail infrastructure, equipment and facilities has positioned LSRC to continue to expand its’ business. To drive this continuous improvement, LSRC has developed a rolling five-year track maintenance and improvement plan.

In June of 2018, LSRC grew again by partnering with CN on operations in Port Huron and again in March of 2019 when LSRC expanded their network with CSX with an additional 53 miles of track from Flint to Plymouth.

Grain, fertilizer, coal, chemicals, aggregates, cement, steel, and scrap metal are just a few of the commodities that are transported along LSRC lines. LSRC continues to be a consistently profitable railroad and gives high priority to maintaining and improving its’ rail infrastructure. LSRC strives to maintain a proactive position towards safe operations. 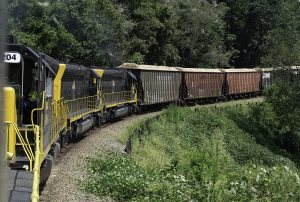