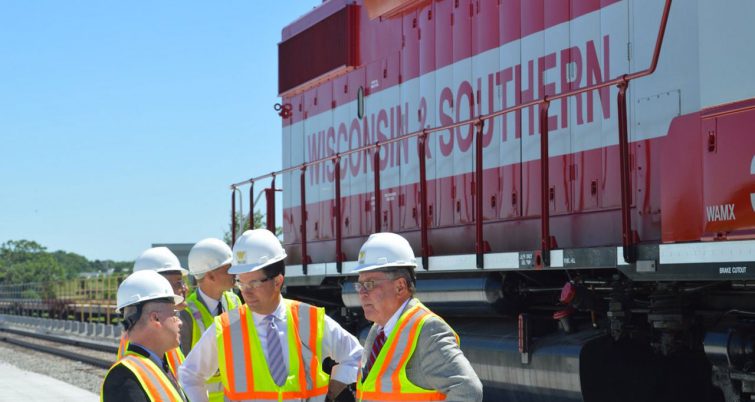 A ribbon cutting was held to celebrate the opening of a new commercial rail facility in the city of Oshkosh, Wis., on June 14.

Oshkosh contracts with Watco Terminal and Port Services to operate and maintain the facility, which consists of two rail spurs on city-owned land in the Southwest Industrial Park. The Wisconsin & Southern Railroad exclusively serves the rail facility.

“This is a wise investment for Wisconsin,” said Wisconsin Governor Scott Walker. “This facility will enable container shipping and serve to keep Wisconsin businesses competitive in regional, national and international markets.”

Oshkosh Corporation, the city’s largest employer, has one of the spurs dedicated for its use. Oshkosh Corporation is a leading manufacturer and marketer of access equipment, specialty vehicles and truck bodies for the primary markets of defense, concrete placement, refuse hauling, access equipment and fire and emergency. The company was awarded a $1.1 billion military contract in 2009 to build Ambush Protected All-Terrain Vehicles (M-ATV) for the United States Military and its allies. The new facility gives Oshkosh Corporation 24-hour access to the site, which was not permitted at the previous site due to its proximity to a residential neighborhood.

Certainteed Corporation, 3D Corporate Solutions, Darling Ingredients and Agri Trading use the park’s second spur. The facility is strategically located near Interstate 41, and has capacity to serve other interested regional businesses. The city has also identified potential expansion plans to serve future demand.

The facility was built in part with a $1,009,000 Transportation Economic Assistance (TEA) program grant from the Wisconsin Department of Transportation (WisDOT). The TEA program provides financial assistance to help communities with road, rail, harbor or airport improvements to attract employers to Wisconsin, or encourage a state employer to expand in the state. The program will reimburse up to 50 percent of the eligible cost of the transportation improvement.

“Partnerships like this, between the state, the community and private business, are critical to Wisconsin’s success,” said WisDOT Secretary Dave Ross. “The TEA program is a valuable tool for the department to support economic development.” 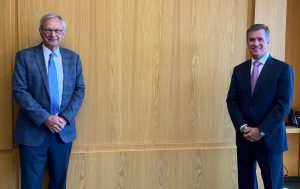 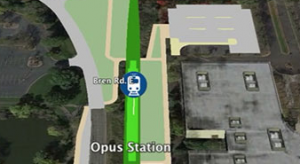