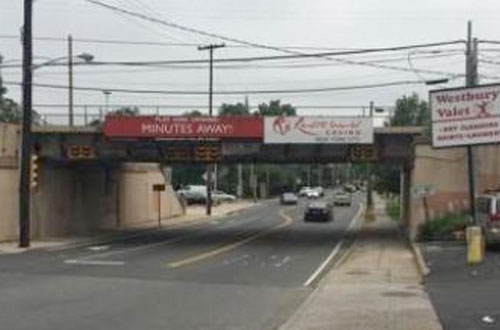 The Metropolitan Transportation Authority (MTA) Board has approved a design-build contract for Halmar International Inc., an engineering and construction company based in Nanuet, N.Y., to replace a new bridge carrying the Long Island Rail Road (LIRR) tracks at the Westbury LIRR station.

The new bridge will replace a 102-year-old, deteriorated structure, representatives say. The new span is intended to improve safety for vehicular traffic, meeting the latest New York State Department of Transportation requirements. The replacement bridge will raise its clearance to 14 feet above the roadway, a full two feet and two inches higher than the bridge’s current clearance.

“With the award of this contract, we’re working to improve Main Line train service with a modern bridge with a higher clearance that will reduce bridge strikes, and the train delays that can result,” said LIRR President Patrick A. Nowakowski. “And by using the design-build contracting method, we’re doing this in the most efficient, and fastest way possible.”

Halmar International was in competition with four other major competitors for the contract, representatives say, adding that LIRR determined Halmar’s offer was the best considering technical aspects and affordability. Halmar’s proposal of $9.7 million came in at $1.6 million lower than the LIRR’s project cost estimate.

LIRR officials say the reconstruction work will require one weekend train service outage on the Main Line in October 2017.

The MTA is also set to award a contract this month for the renovation of the first three of several stations that will undergo improvements along the line.

The MTA says all three of the stations are located on the R Subway line in Brooklyn, and the transportation authority plans to issue a Request for Proposals this week for the second group of stations set to receive enhancements.

“New, modern subway stations across the system are an essential part of our efforts to rebuild and reimagine the MTA for the 21st Century,” Gov. Cuomo said of the MTA’s upcoming work. “These milestones demonstrate remarkable progress in the redesign and renovation process that will revamp these stations for current and future generations of New Yorkers.”

The MTA contract will allow for the Prospect Avenue, 53rd Street Station and Bay Ridge Avenue stations to undergo improvements, including enhanced lighting, improved signage and updated technological amenities such as improved mobile phone connectivity and Wi-Fi access, as well as security cameras.

Design and pre-construction surveys of existing conditions will also be conducted to support the modernization of the three stations, representatives say. The stations will be renovated using a single-contractor, design-build method to save time and money. The MTA board approved the $72.1 million contract at the transportation authority’s November meeting, awarding the work to Citnalta-Forte Joint Venture.

Work at all three stations is slated for completion within 12 months of the contract award date.

The MTA’s second group of stations to receive improvements is located on the Astoria Line in Queens, including the Broadway, 30th Avenue, 36th Avenue and 39th Avenue stations.

The MTA says it will consider how quickly proposed contractors can complete the entire renovation process and evaluate their ability to shorten the amount of time that each station is closed. The transportation authority plans to offer incentives to encourage early project completion.

“Issuing the RFP for these four stations directly reflects the Governor’s mandate for us to continue to build momentum for the program,” said Thomas Prendergast, MTA chairman and CEO. “We are determined to return new and improved stations that enhance the customer experience – and this is another step in that exciting process.”