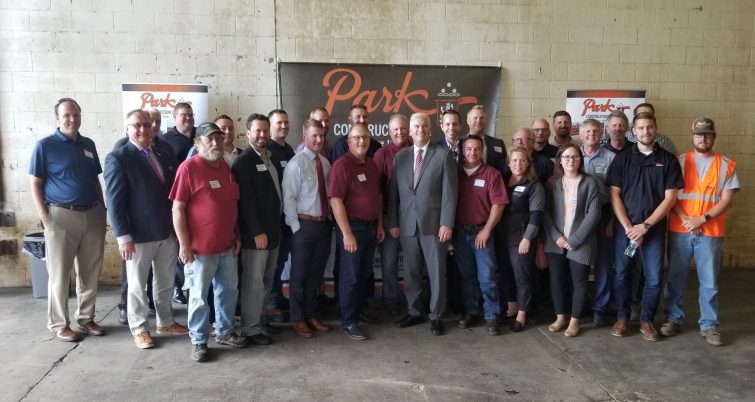 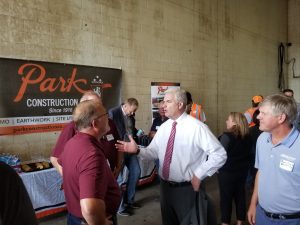 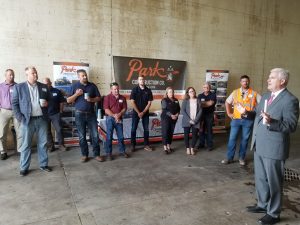 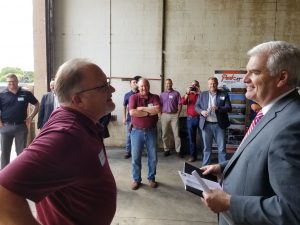 Park Construction provides a wide range of construction services including heavy earth moving, structural work, demolition and paving.  The company has a rich history of working with the nation’s largest railway companies on a comprehensive range of projects, including planning, designing and constructing new lines; furnishing and installing new drainage structures; repairing existing bridges; constructing new bridges and repairing and rehabilitating existing tracks.  Their ability to execute on complex railroad jobs while staying within budget, scope and timeline has earned them an exceptional reputation within the railroad industry.  Park Construction is a trusted contractor for commercial, municipal, industrial, railroad and federal agencies across the United States.

“I was honored to join employees and community members at Park Construction today,” said Congressman Emmer.  “They are a great example of a Minnesota job creator for generations.  Companies like Park Construction demonstrate that infrastructure investments advance our economy and generate substantial growth.  Congress can work together by passing bills like the BRACE Act, which would make the current short line tax credit permanent.  This legislation is co-sponsored by every member of the Minnesota delegation, and showcases the importance of the rail industry for Minnesotans.”

Congressman Emmer also sits on the influential House Financial Services Committee, which oversees the entire financial services industry, including the securities, insurance, banking, and housing industries.  Before being elected to Congress, Emmer served in the Minnesota House of Representatives from 2004 to 2008.

Attendees thanked Congressman Emmer for being a cosponsor and champion of H.R.510, the Building Rail Access for Customers and the Economy (BRACE) Act.  The BRACE Act would make the short line tax credit permanent and allow the nation’s small, local freight railroads to increase investment into their rail infrastructure and better serve their customers throughout rural and small-town America.  The tax credit has helped small railroads invest more than $4 billion in capital infrastructure improvements since it was enacted in 2005.

“The short line railroad tax credit allows short lines to invest more of their own capital in rail improvements and maintenance to provide ever-safer and more robust service capabilities for their customers,” said Chuck Baker, President of the American Short Line and Regional Railroad Association (ASLRRA). “ASLRRA thanks Congressman Emmer for his strong support on this important issue.”

In Minnesota, 18 freight railroads operate and maintain over 4,258 miles of track, employing more than 4,270 people.

From a REMSA press release.