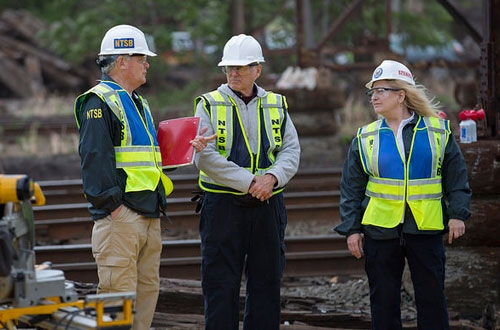 After five years of criminal charges being levied then dropped several times, Amtrak engineer Brandon Bostian is again facing criminal charges involving the derailment of Amtrak train 188 after a ruling by a Pennsylvania appeals court yesterday, according to the Pennsylvania Patriot News.

In 2015, Bostian was piloting an Amtrak train bound for New York, and shortly after leaving the Philadelphia station, the train entered a 50 mph curve in excess of 100 mph. The train derailed, and eight people were killed as a result, with over 200 injured.

Investigators found no evidence that Bostian was under the influence of any drugs or alcohol, nor was he using his cell phone when the accident occurred. The National Transportation Safety Board (NTSB) concluded that Bostian had been distracted by radio chatter about another train being hit by a rock. During all of this, the NTSB concluded that Bostian lost his bearings and didn’t realize he was entering the curve at double the speed limit. And, Bostian told investigators after the crash he had no memory of what happened just before the accident.

Amtrak paid $265 million to victims and their families.

When reinstating the charges yesterday, Judge Victor P. Stabile wrote that the previous dismissal of the charges was inappropriate and “the commonwealth is entitled to try this case before an impartial jury.”

Judge Stabile also wrote “Given his extensive training and experience and despite having 250 passengers aboard, (Bostian) consciously disregarded a substantial and unjustifiable risk of derailment,” Stabile wrote. “He was going twice over the speed limit… Moreover, the evidence indicates that, based on his training and experience, (Bostian) was aware of the risk inherent in navigating the Frankford Curve.”