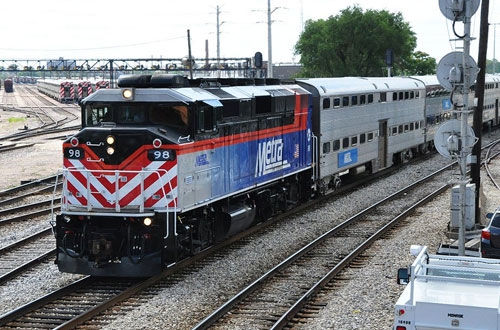 Metra, the commuter rail system serving the Chicago metropolitan area, allocated funding last week for two new Chicago stations to its capital program after the state of Illinois confirmed that it would release the necessary funding to complete the long-awaited projects.

The upcoming stations will be built at Auburn Park near 79th Street on the Rock Island Line and Peterson and Ridge on the Union Pacific North Line.

The planned stations have been proposed for years, officials said. The commuter rail system planned to fund the construction of both stations with Metra’s share of proceeds from two state of Illinois bond programs from 2009.

However, officials said the funding was first held up in the state’s budget woes and then cut in 2017, when the state informed Metra that its share from the bond programs would be reduced to $835.7 million from $1.1 billion.

Recent Illinois state budgets have mandated that funding for the planned stations be restored, and the state informed Metra that it is releasing the funding: $15 million for the Peterson Ridge Station and $20 million for the upcoming Auburn Park Station.

Planning for the Peterson Ridge Station is further along than for Auburn Park, officials said in a statement. The station’s engineering design work is “essentially complete.”

Metra also said it expects to put the project out to bid this summer, with construction set to begin in late 2019 or early next year.

Work on the design for the Auburn Park Station is ongoing, and Metra said it is currently at 60 percent completion. The Metra Board also approved a $1.1 million change order with the firm T.Y. Lin International, Inc., last week to carry out design work for the station to be located just south of 79th Street on the Rock Island Line.

Metra said it hopes to complete the design by the end of 2019, with construction planned for spring 2020.