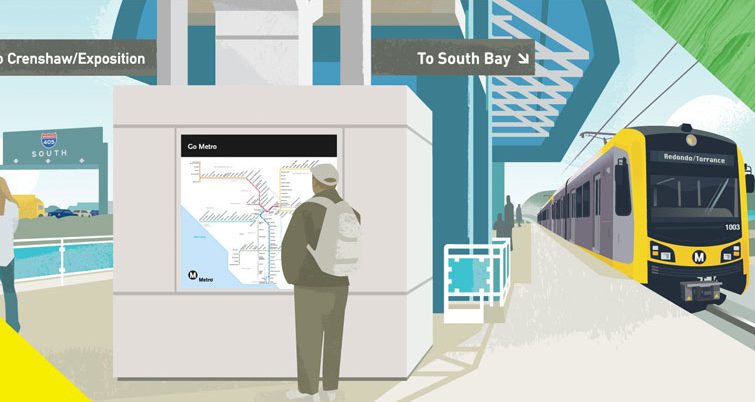 The Los Angeles County Metropolitan Transportation Authority (LACMTA) Board of Directors is reviewing the Green Line Extension to Torrance project this month with the release of a Supplemental Alternatives Analysis and an agency staff recommendation to further study two of the four routes under consideration.

The project includes a 4.6-mile extension from Redondo Beach at the Marine Station south to the Torrance Transit Center, which is currently undergoing construction by the city of Torrance, Calif.

The two routes to be carried forward into the project’s formal environmental study include:

LACMTA said staff members are asking the board to approve taking the above alignments forward into a comprehensive environmental study.

Following the Measure M spending plan, the project has a groundbreaking date set for 2026, with a completion date range from 2030-2033.

The Measure M spending plan allocates $891 million for the project, which includes $272 million of local and state funding, some of which is coming from the Senate Bill 1 gas tax and vehicle fee package.

The project is also part of the LACMTA Board-approved Twenty-Eight by ’28 Plan to complete 28 major projects in time for the 2028 Summer Olympics and Paralympics. Officials said additional funding will need to be secured in order to meet that goal.