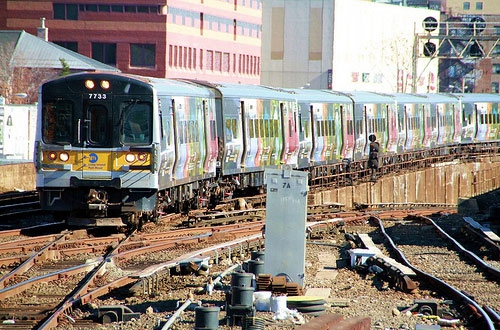 Crews will work April 28-29 on the Double Track Project on the Ronkonkoma Branch, in addition to performing PTC tests on the Port Washington Branch. Work will also be done on a rail replacement project along the Atlantic Branch.

The planned work will require changes to train schedules, which are made available on the MTA website.

“Planned track work is an essential part of our infrastructure renewal progress, to both keep our system in a state of good repair while embarking on transformative projects that will change the way Long Island gets around,” LIRR President Phil Eng said. “We thank our customers for their patience as we make necessary adjustments to our weekend service schedules to maximize our work product while mitigating disruptions.”

The Double Track Project is intended to improve service and reliability on the LIRR’s Ronkonkoma Branch and cut down on delays. With only a single track for trains running in both directions along the 18-mile stretch between Ronkonkoma and Farmingdale, service becomes halted when any issue arises, as all other east and west-bound trains have no way to avoid an incident train, MTA said.

Throughout the past 25 years, ridership on the Ronkonkoma Branch has doubled, causing the need for expansion work.

Work on the Double Track Project is set to will include:

Following a series of broken rails that occurred during the winter months, LIRR crews will replace rails just east of the East New York Station. At this location, the rails on Track 1 were recently replaced, and crews will work on Track 2 this weekend.