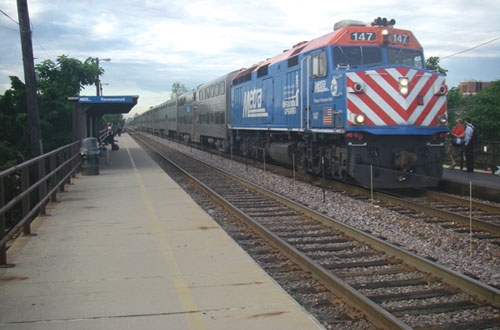 Metra Board Chairman Martin Oberman and Metra Executive Director and Chief Executive Officer Don Orseno said the proposed $2.4-billion plan, the first long-term rolling stock plan in Metra history, calls for phased-in purchases of new, modern passenger rail cars and locomotives, renewing a fleet where more than 40 percent of the cars date from the Eisenhower administration to the Reagan administration. The plan also would fund a robust, critically-needed rehabilitation and maintenance program for remaining cars and engines and would cover Metra’s costs to install the federally-mandated Positive Train Control (PTC) on its system.

To help pay for this modernization plan, Metra would issue its own bonds, which would be the first in its history, or employ similar financing, starting with $100 million in 2015 to be followed by similar amounts in 2017, 2019 and 2022. A portion of the 10.8-percent fare increase in Metra’s proposed 2015 operating budget will pay for the debt service on the first $100 million. Metra is providing riders and the public with a projection of fare increases that will be needed over the next decade both to pay debt service on all the financing and to cover annual anticipated increased costs of doing business. Those projections could change as new funding becomes available.

“Folks may love nostalgia, but it makes a powerful statement when our oldest cars date from the Eisenhower administration,” Oberman said. “The majority of our rail cars are older than the majority of our daily commuters. While nobody ever likes fare increases, Metra’s fares are significantly lower than our peer railroads in major cities and have not kept pace with inflation. In addition, it’s time we do this right. We have to stop pretending that our costs do not go up every year, just like they do for everything else. We hope that our current and prospective riders will see this as a sound, common sense investment that will make commuting a more comfortable and enjoyable experience.”

The modernization plan assumes that current state and federal funding sources will total about $710 million of the $2.4-billion program over the next 10 years. With Metra financing covering another $400 million, Metra will need an additional $1.3 billion over the next decade. To cover that amount, Metra will aggressively pursue additional federal and state funding, new financing strategies and alternative financing mechanisms.

“We are only asking our customers to pay about 16 percent of the total cost of this program, but that is an important component of our plan,” Oberman said. “Metra believes that by taking the lead to fund its capital needs through financing, which will largely be paid by Metra riders, we will convince government leaders to step up to the plate to provide the additional needed funding.”
“We expend a huge amount of resources, time, staff and money, on timely and extensive maintenance so that even our ‘vintage’ rolling stock is completely safe,” Orseno said. “But, as the old saying goes, is this really any way to run a railroad? Safety will always remain our number one priority, but being modern and comfortable is important too – especially if we want to continue attracting riders because they want to use Metra, not just because they have to.”

Metra’s capital needs far exceed its capital resources. According to the Regional Transportation Authority’s 2013 Capital Asset Condition Assessment Update Report, Metra needs $9.9 billion over the next decade to achieve and maintain a state of good repair on its system and it can roughly expect about a fourth of that amount from traditional state and federal sources. That report said that roughly 50 percent of Metra’s assets were estimated to be in marginal or worn condition.

Metra says the modernization plan does not address all of its capital needs. Additional plans will be developed to address other areas, including tracks, structures, signals, facilities, stations and parking.

In addition to the rail-car and locomotive replacement, Metra plans to invest $20 million for improvements to its 49th St. yard facility, where most of its rail car rehabilitation work takes place. That will allow it to boost the number of cars it can work on each year from 40 to 60, allowing it to rehabilitate about 455 cars over the 10-year program. That rehabilitation work will cost about $341 million.

Metra’s modernization plan also allocates an additional $275 million to PTC. Combined with $133 million that Metra has already set aside for PTC, the modernization money will help Metra complete the implementation of the safety system, which is estimated to cost more than $400 million. 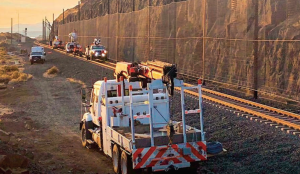 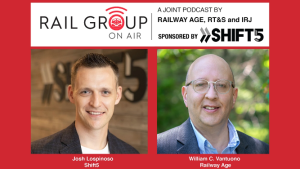