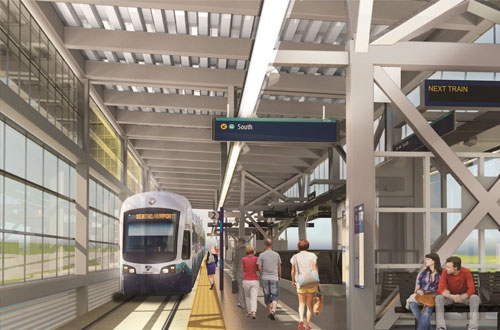 Granite is known as one of the largest infrastructure contractors and construction materials producers in the U.S. Representatives say the scope of work for the project entails building elevated tracks that would run half a mile in length, as well as related work.

Construction is scheduled to begin this month and is set for completion by December 2018.

The new station is intended to improve commuters’ access to the transit center, neighboring park-and-ride facilities, the area’s community college and businesses.