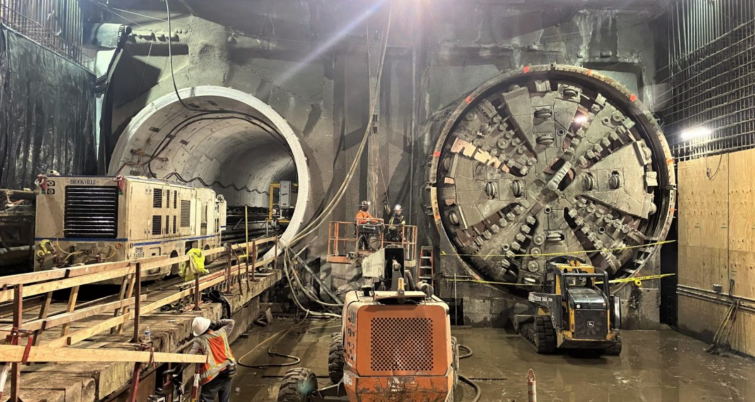 The House infrastructure bill would triple funding to Amtrak and gives more focus on rail than roads.

The House created some timely celebratory fireworks right before the July 4 weekend by passing a $760 billion transportation and water bill on July 1.

Under the measure, transit agencies would get $109 billion and rail alone would receive $95 billion. Amendments that were passed over the last couple of days generated about $44 billion to the bill. The Senate will now have to pass its version before the two chambers negotiate something to pass along to President Biden’s desk.

Rep. Peter DeFazio (D-Ore.) believes the House infrastructure bill, called the Invest in America Act, is similar to the bipartisan deal worked out by President Biden and a group of senators in terms of total funding.

However, the Invest in America Act gives more focus to rail and less to roads. DeFazio said the House could come up with more money for pavement and bridges if the senators do the same for rail in their measure.

The House infrastructure bill also requires states to consider alternatives such as transit before addressing capacity needs on the nation’s roads. Amtrak funding also would be tripled to $32 billion and includes a grant fund ($30 billion) that could be used for high-speed rail development.

“The House of Representatives has taken an important first step toward new, once-in-a-generation levels of funding for public transportation,” Metropolitan Transportation Authority Chairman and CEO Pat Foye said in a statement. “The $109 billion in the INVEST In America Act to fund transit agency state of good repair and expansion would help the MTA fund the historic $51.5 billion capital plan.

“But more needs to be done. Robust federal support is also needed for MTA’s huge portfolio of projects to expand accessibility, modernize signal systems, finish the long-awaited expansion of the Second Avenue Subway to Harlem, build Penn Station Access and its four new Metro-North stations in the Bronx, and help transition the MTA bus fleet to zero emissions by 2040. Federal funds also should be made available to kick-start efforts to reconstruct existing Penn Station and expand Penn Station to increase capacity between New York and New Jersey in tandem with the Gateway Hudson Tunnel Project. We urge Congress to ensure this level of funding is—at a minimum—preserved as both the House and Senate come to a final deal that will work for all transit agencies.”

Senate Majority Leader Charles Schumer (D-N.Y.) is currently working on the Senate version using the bipartisan deal as a framework.