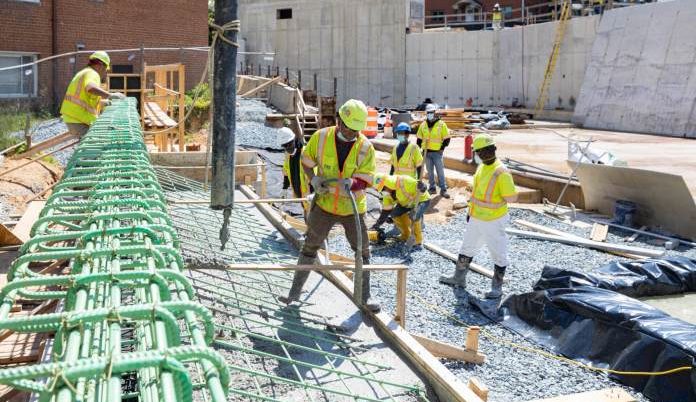 U.S. Senators will try and finalize an infrastructure bill next week.
Twitter photo from @PurpleLineMD.

RT&S has reported on the troubles of the Maryland Department of Transportation's Purple Line several times over the past year. Recent news indicates there may be a glimmer of hope.

Readers who have been following this story know that the prime subcontractor of the Purple Line project essentially walked off of the job last year due to disagreement on costs. The Maryland Department of Transportation (MDOT) has been reeling since that time, trying to determine what to do.

Yesterday, June 17, an agency request for an additional $183.5 million for a management contract was unanimously approved by the Board of Public Works.

The line is being built by a consortium called Purple Line Transit Partners (PLTP), and has a 36-year contract with the state. Since the former subcontractor, Purple Line Partners, walked off the job last year, PLTP and the MDOT have been conducting the search for a new subcontractor together.

The new line will be built between New Carrollton and Bethesda, and is the work of contractors is currently being managed by the MDOT.

The MDOT says that they need the additional funding because they did not plan on take temporary control over the project.

Transportation Secretary Greg Slater said “it’s work that PLTC would have done and would have paid for if they had still been on the project. We chose to take on 150 contracts ourselves and direct-manage it so that we can keep that construction moving.”