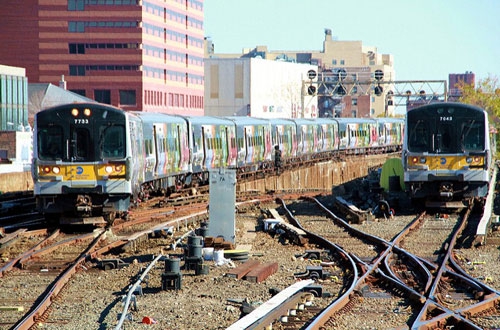 The Metropolitan Transportation Authority (MTA) of New York is proposing expanded sleep apnea screening and treatment opportunities to rail engineers and conductors across multiple area networks to bolster safety for operators and passengers.

The program will expand access to nearly 20,000 employees, making the MTA the first public transportation authority to systematically screen employees for sleep apnea and make treatment more available to employees.

The expanded treatment plan builds off of previous efforts launched in 2015, MTA explains. The proposal is currently pending the approval of the MTA’s board on Jan. 25.

“Safety is our top priority, and MTA is going further than any other transportation agency in the country to prevent the risks of apnea. With this proposal, we are not just working to implement industry best practices, the MTA is defining best practices,” said MTA Chairman and CEO Thomas F. Prendergast. “Sleep apnea is a serious illness and treatment will improve the quality of life for those who have it and help them live longer.”

Using a similar program already in effect at Metro-North Railroad, representatives say sleep apnea screenings will allow those deemed at risk based on screening results to be referred for further testing and possible diagnosis and treatment.

The MTA has evaluated proposals from 13 healthcare companies who responded to a request for proposals issued in April 2016.

To accelerate the program’s implementation, MTA says it is maximizing capacity and geographic coverage by proposing the use of four firms to conduct screenings, sleep studies and make physician referrals.