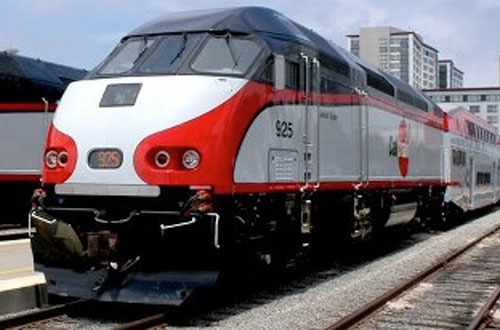 The Peninsula Corridor Joint Powers Board today certified the Final Environmental Impact Report (FEIR) and approved the planned electrification of the Caltrain corridor between San Jose and San Francisco, Calif.

The Peninsula Corridor Electrification Project (PCEP) is part of the Caltrain Modernization Program, which will electrify the corridor between San Francisco and San Jose and purchase new high-performance electric rail, upgrade the railroad’s signal system and implement Positive Train Control.

By 2040, an electrified Caltrain system will reduce Caltrain criteria pollutant emissions by up to 97 percent, more than double current weekday ridership with increased service and the downtown San Francisco extension and take more than 600,000 daily vehicle miles off the region’s roadways.

The increased ridership and improved performance from electrification are critical for Caltrain to sustain its services, to meet future demand and restore and improve service at current stations. Weekday service will be restored at Atherton and Broadway (Burlingame) stations.

The project has significant local and regional environmental benefits but would also have certain localized environmental impacts. Local issues examined in the FEIR include potential impacts related to noise, tree removal, traffic, visual aesthetics, construction disruption and other issues as required by the California Environmental Quality Act (CEQA).

Potential tree removal was analyzed in the Draft EIR based on a worst-case Overhead Contact System (OCS) alignment of poles on the outside of the tracks, which would have the greatest impact to trees on or adjacent to the right-of-way. Based on additional study, the FEIR shows a potential reduction by more than half in the number of trees that will require removal from an original projection of 2,200 to 1,000 based on a likely pole position instead of a worst-case assumption. There are approximately 19,000 trees and other vegetation in the immediate Caltrain corridor area from San Francisco to Gilroy. Mitigation adopted through the CEQA process requires the project design to employ alternative pole configurations, such as a center pole, where feasible that would help reduce the number even further while also reducing property acquisition needs outside of the rail right-of-way