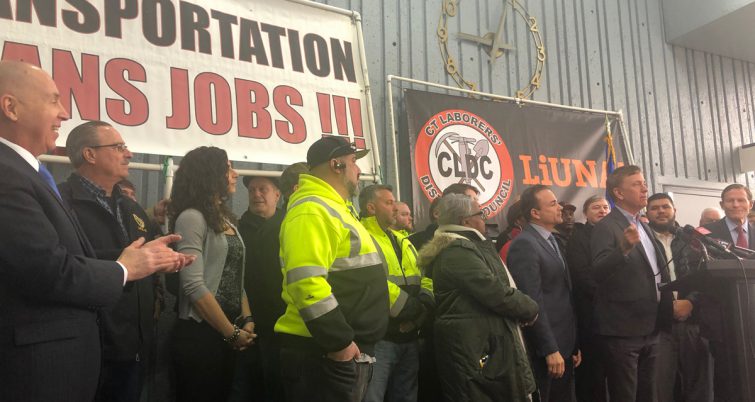 Gov. Ned Lamont of Connecticut has been campaigning recently throughout the state, highlighting the need for further investment in transit infrastructure. | Photo courtesy of The Office of Governor Ned Lamont

Gov. Ned Lamont of Connecticut has been campaigning recently throughout the state, particularly highlighting the need for further investment in transit infrastructure that could lead to major construction work opportunities.

Lamont this week has continued his pushed for a “30-30-30” proposal for half-hour Metro-North rides from Hartford to New Haven; New Haven to Stamford; and Stamford to Grand Central Terminal in Manhattan, according to local news reports.

Connecticut Construction Industries Association President Donald J. Shubert has reportedly suggested that there is about $3 billion worth of work to be done on railroad bridges in the state for crews such as his union members.

According to a local news report, Lamont has said he predicts visible improvements in mass transit during the next four years, especially if Congress and the president can unite to form a national infrastructure program.

During a 15-minute news conference at a Metro-North platform, Lamont confirmed that he hopes tolls could serve as a major source of revenue, bringing in up to $800 million a year.

“How do you pay for 40 years of neglect on our roads and bridges?” he said. “How do you speed up the rail service and do what needs to be done?”

State Transportation Commissioner Joseph J. Giulietti, the former president of Metro-North, also explained that it is a serious challenge to speed up trains. With the next generation of lighter cars, in addition to the implementation of Positive Train Control technology, he says it can be accomplished. 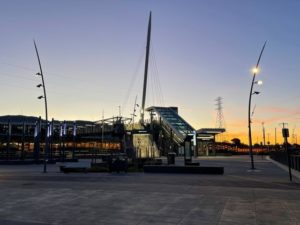