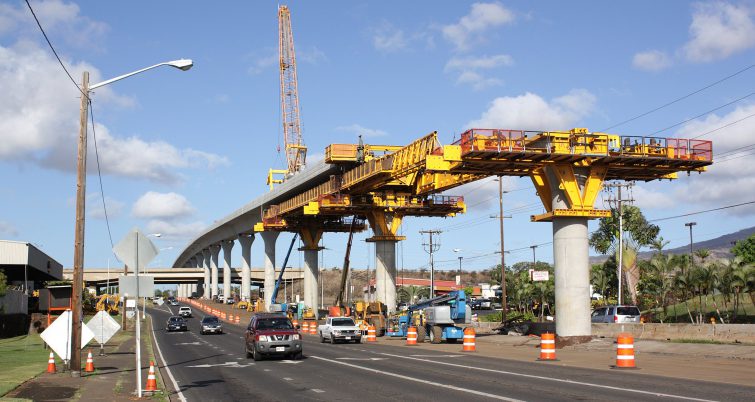 President Biden’s deal with a group of senators might not be strong enough.
Musashi1600 [CC BY 3.0 us (https://creativecommons.org/licenses/by/3.0/us/deed.en)], from Wikimedia Commons

Federal authorities have issued a subpoena seeking documents related to the ongoing construction of a light-rail line in Honolulu, after a local politician implied that fraud has taken place.

The Honolulu Authority for Rapid Transportation (HART) said it received a subpoena Thursday seeking copies of consultant contracts, archaeological studies, and correspondence between the transit agency and the Federal Transit Administration. HART declined to say which federal agency issued the subpoena, according to local news reports. It’s unclear if any of the contractors involved in the project or any local politicians were also subpoenaed.

Delays and cost overruns have plagued the project. Estimated costs for the rail project rose to $9.2 billion last year from $5.1 billion in 2012. The project is six years behind schedule.

News of the subpoena comes just days after Honolulu councilwoman Heidi Tsuneyoshi filed a resolution with the city council implying that fraud was present on the project and seeking a forensic audit. In January, the state’s auditor suggested that inadequate oversight of HDR Engineering, Inc. (HDR) may have contributed to cost overruns in the project. Employees of HDR were given key roles within the transit organization, including top positions overseeing project budget and cost management, in addition to design and construction. HART paid $9.6 million last year for the services of the HDR employees.