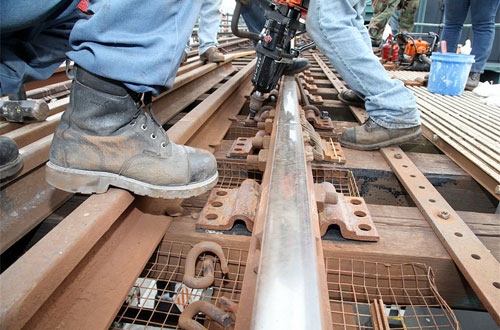 The MTA expects that the combination of increased cost cutting, lower expenses and higher operating revenues will allow the agency to reduce by almost half the previously projected fare and toll increases scheduled for 2015 and 2017.

The plan limits the growth of expenses in 2014 to 1.96 percent, in line with the rate of inflation. The MTA’s improved cost containment will allow the MTA to increase savings goals by $200 million per year by 2017 from initiatives, such as further administrative consolidations, workers compensation efficiencies, energy efficiencies and additional efficiencies in procurement and inventory control. Many MTA expenses have been on long-term growth trajectories well in excess of the rate of inflation. They include employee health and welfare costs, pensions, paratransit operations and debt service. In this plan, the MTA continues to restrain the growth of these costs.

“We try to keep costs down in order to minimize the financial burden on our customers and as this financial plan shows, we are succeeding in that effort,” said MTA Chairman and CEO Thomas Prendergast. “Our customers want value, which is quality and quantity of service and that service has to be reliable and safe. Through this financial plan, that’s what we work to provide.”

As a result of improved MTA cost cutting and increased tax and operational revenue, the MTA anticipates that the previously announced 2015 and 2017 fare and toll increases would be designed to yield an increase of four percent. This amount is almost half of the 7.5 percent yields that had been previously projected.

The plan increases the annual “pay-as-you-go” funding for the MTA Capital Program by an additional $40 million a year on top of the $80 million increase included in the July Plan, for a total of $370 million a year beginning in 2015. This will serve as a “down payment” for the 2015-2019 Capital Program, potentially providing as much as $6.5 billion of funding.

Additional investments are being made to pay down unfunded pension and health and welfare liabilities. The plan also increases the contributions to fund “Other Post-Employment Benefits” (OPEB), primarily healthcare costs for current and future retirees; assumes labor agreements that are currently open will be settled with three years of net-zero wage growth and also assumes that state budget actions will reflect full remittance to the MTA of all funds collected on its behalf.

The MTA Board will vote in December on whether to adopt the Final 2014 Budget and Four-Year Financial Plan.