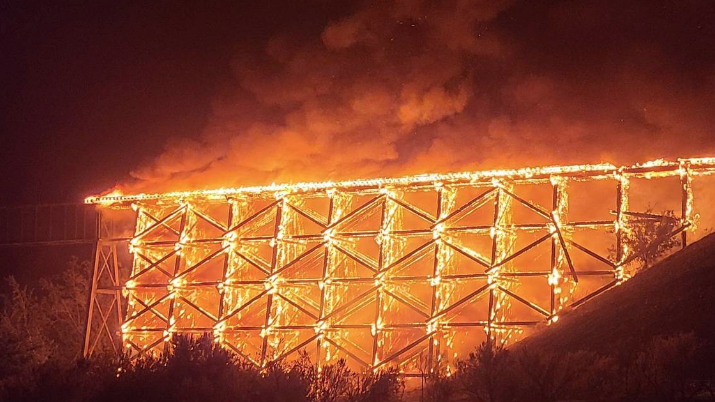 The owner of a bridge that was destroyed by wildfires in the state of Washington are trying to decide how they will replace the span.

Labor Day weekend fires were working their way through territory in the western U.S., and one of them engulfed a Yakima River railroad bridge in the state of Washington.

Trains use the line to ship agricultural products. One local farmer, Brian Stott, tried to point out hot spots to firefighters. However, the first responders’ priority was to try to save homes in the area.

Investigators do not know what caused the fire, but strong winds hampered the extinguishing effort.