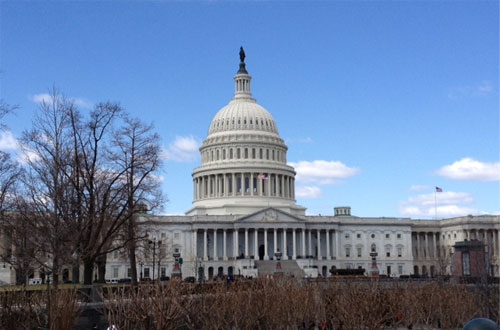 A Congressional hearing on WMATA issues will be held tomorrow.
File photo

The U.S. Senate passed a second “minibus” spending package on Aug. 1, which includes increased funding for passenger rail and transit, as well as preserves funding for grant programs utilized by the rail industry.

The $154.2 billion spending package addresses funding during fiscal year 2019 for the Departments of Interior, Treasury, Agriculture, Transportation, Housing and Urban Development, as well as the Environmental Protection Agency.

“The funding provided by these bills will help to rebuild our nation’s infrastructure, fight against opioid abuse, make important investments in American agriculture, and promote and support the growth of our economy,” said Sen. Richard Shelby (R-Ala.), who also serves as chairman of the Senate committee on Appropriations.

The bill includes the following:

“In addition, we commend the Senate for addressing concerns raised by the public transportation industry regarding the Federal Transit Administration’s (FTA) new policies of the CIG program. The bill, as passed, includes an amendment offered by Senate THUD Appropriations Ranking Member Jack Reed (D-RI) that prohibits FTA from implementing new policies outlined in its June 29 CIG ‘Dear Colleague’ letter. We hope that FTA will use this opportunity to restart the process and engage the public transportation industry in a dialogue to better understand the impacts of any proposed changes to CIG policies,” said Skoutelas.

“As the divide between urban and rural communities in America continues to expand, passenger rail services like the Southwest Chief are invaluable in connecting Kansans to the rest of the country while also bringing visitors from out of state to our local communities,” said Sen. Moran.