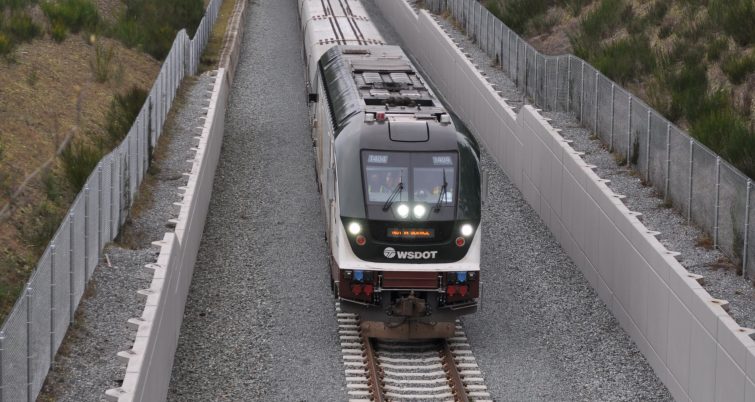 Train testing is happening at the site of a fatal derailment in the state of Washington.
Jeffrey T Schultz

Positive Train Control (PTC) could have prevented the Amtrak derailment over I-5 that killed three people in DuPont, Wash. The technology was not yet installed in 2017. It’s there now, and officials are ready to use the new safeguards to once and for all pull away from the tragedy.

Testing will be conducted on the track this weekend, and for the first time since the accident Amtrak trains will be seen moving over I-5. Testing is needed to re-certify the corridor.

The first phase is called system integration testing, where all the railroad signals, markings and signage along the bypass are checked. Sound Transit has been running trucks on the tracks for the past week. Amtrak locomotives will run from Tacoma to Nisqually, starting out at slower speeds and eventually reaching a top speed of 79 mph.

Excessive speed is what caused the derailment more than three years ago. The train approached a left-hand curve at double the posted speed. PTC is now active and operational through the bypass, and will kick in if the train is moving too fast.

Engineer training will follow the locomotive testing, and Amtrak service is expected to officially return later in 2021.