“One death on our railways is one too many and we need to stop this troubling increase in railroad fatalities,” said Gov. McCrory. “We urge everyone to put safety first and use caution when approaching railroad crossings, avoid trespassing on the tracks and always yield to oncoming trains.”

Last month, the North Carolina Department of Transportation (NCDOT) partnered with local law enforcement, railroad police and other officials in Fayetteville to conduct the first of several “Crossing Safety Blitzes” planned for the coming months.

Other safety blitzes will be held in May, June and July in Charlotte, Greensboro and Dunn, respectively, at some of the crossings with the highest number of train-car collisions in the state. The May 7 blitz in Charlotte will coincide with International Level Crossing Awareness Day.

In February, Rail Safety Roundtable was held with the state’s railroad leaders to discuss ways to keep motorists from bypassing crossing gates and pedestrians from trespassing on the tracks. These efforts complement NCDOT’s ongoing “Be Rail Safe” program aimed at preventing accidents and injuries on North Carolina’s railways, as well as its other safety, education and training programs.

North Carolina has more than 3,300 miles of railroad tracks used by passenger and freight trains as an important means of transporting people and goods throughout the state. 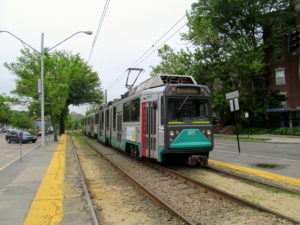 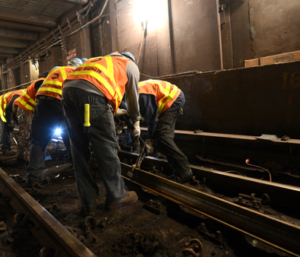 MTA to perform FASTRACK work on the G Line