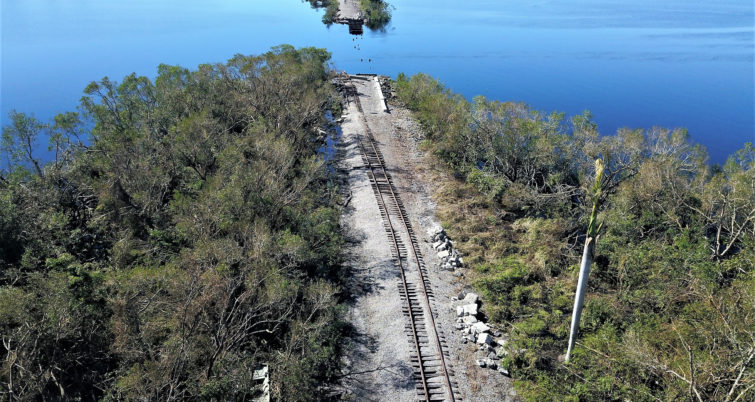 RT&S reported on Oct. 4 that Hurricane Ian had devastated the Seminole Gulf Railway, and the degree of damage might keep the railroad shut down until early 2023.

The railroad announced this week that it estimates that the price tag to return to operation will be about $28 million.

Since the hurricane hit, the SGLR has been working on obtaining federal and state funding to support cleanup and rebuilding efforts. Thursday, the SGLR hosted government officials on a tour to enable them to see the scope of the devastation. One point the railroad made is that returning to operation will enable it to carry lumber and other construction materials to help rebuild the Fort Myers area.

SGLR vice president Robert Fay said, “This is an unusual circumstance, this is a catastrophic circumstance, and we’re seeking emergency funding immediately to help get the railroad back on track.” Fay added that his family believes they can have the railroad up and running within 90 days if they can get the needed funding.