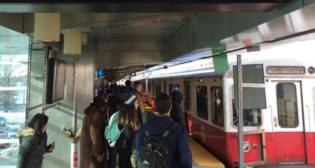 According to a Boston Herald report, a “critical structural issue that was threatening public safety” was discovered this past weekend during an inspection at the entrance to the Massachusetts Bay Transportation Authority’s (MBTA) JFK/UMass Station from Columbia Road to the pedestrian concourse leading to the station headhouse. 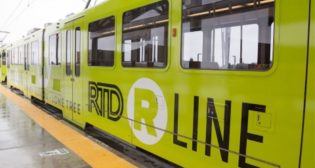 Following a derailment that occurred in Aurora on Sept. 21 that impacted the R Line, the Regional Transportation District (RTD) has restored full service to the affected four-mile stretch of the corridor from Aurora Metro Center to the 13th Avenue Station with additional safety measures in place. 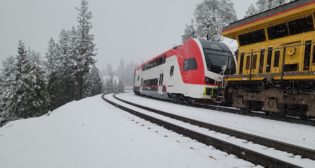 Caltrain announced on Nov. 28 that it will temporarily reduce service from Monday, Dec. 5, through Sunday, Dec. 18 to accommodate electrification construction that includes signal cutover work at 16 grade crossings, requiring a 24/7 single-tracking window between Belmont and Mountain View. 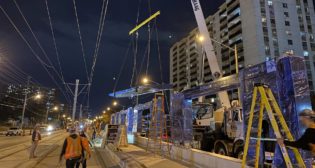 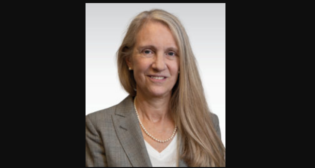 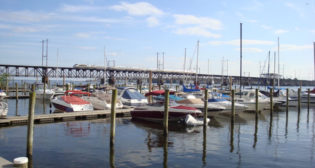 Amtrak is moving forward on the $1.5 billion replacement of the 116-year-old Susquehanna River Rail Bridge to “improve railroad efficiency on the Northeast Corridor (NEC).”

The U.S. Department of Transportation’s Federal Railroad Administration (FRA) on April 4, 2016 announced that it is accepting applications for $25 million in competitive grant funding available to railroads, suppliers, and state and local governments for Positive Train Control (PTC) implementation. The funding is part of the 2016 Consolidated Appropriations Act that funds the U.S. Department of Transportation. 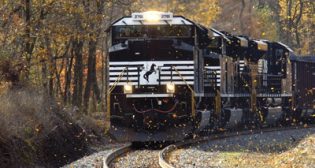 NS CEO highlights past accomplishments, looks ahead in annual report

In another step toward keeping San Diego’s transit system in a state of good repair, the Metropolitan Transit System (MTS) Board of Directors on March 17, 2016 unanimously approved $108 million for the FY 2017 Capital Improvement Program (CIP).

The Transportation Research Board (TRB) is accepting proposals for the Rail Safety IDEA Program, which supports the development and testing of innovative concepts and methods for improving railroad safety or performance. Rail Safety IDEA proposals are due Sept. 15, 2016. 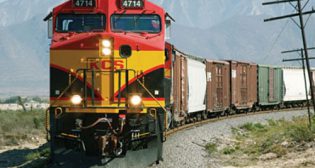 In its 2015 state of the railroad report, released to employees on Jan. 4, 2015, Kansas City Southern (KCS) said the company will see many of the same challenges in 2016 that it faced in 2015, creating a “cautious” outlook for the year ahead.

Governor Andrew M. Cuomo unveiled on Jan. 5, 2016 the second signature proposal of his 2016 agenda: a comprehensive plan to transform and expand vital infrastructure downstate and make critical investments in the region, including a major expansion and improvement project that would increase service on the Long Island Rail Road (LIRR) between Floral Park and Hicksville. Cuomo outlined these initiatives at an event in Nassau County, where Long Island Association President Kevin Law, MTA Chairman Thomas F. Prendergast and LIRR President Patrick Nowakowski joined him. 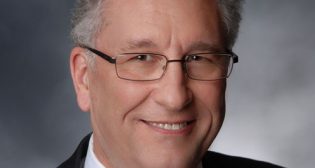 SLSI names Executive Director; selects Advisory Board, Board of Directors

The Short Line Safety Institute (SLSI) has selected Ron Hynes as Executive Director to “advance its mission of providing the leadership to enhance the safety culture and safety conformance of short line and regional railroads,” the organization announced on Dec. 14, 2015. 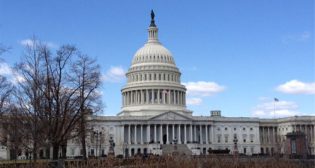 The U.S. House of Representatives on Dec. 10, 2015 passed S. 808, the Surface Transportation Board (STB) Reauthorization Act of 2015, which among other provisions, will increase the number of STB members from three to five, improving STB’s structure and decision-making processes by allowing, with proper disclosure, board members to speak with one another about cases on which the STB is ruling.

FAST Act on the fast track to approval

Congressional conferees on Dec. 1, 2015 reached an agreement on the Fixing America’s Surface Transportation (FAST) Act, a five-year surface transportation reauthorization bill and the first long-term bill of its kind in a decade. It comes after years of predeccesor-bill extensions and partisan bickering. 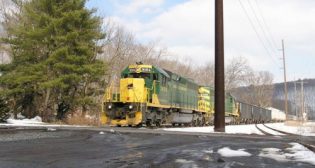 R&N to own, operate track in Humboldt Industrial Park

Reading Blue Mountain & Northern Railroad (R&N) announced on Nov. 24, 2015 that it will take over ownership of the rail infrastructure at the Humboldt Industrial Park beginning Jan. 1, 2016 through an agreement with the park’s owner, CAN DO, Inc., according to CAN DO President Kevin O’Donnell and Andrew Muller, Jr., owner and CEO of the rail company.

In addition to owning and maintaining all of the track, R&N will also provide service to all of the customers in the industrial park.

CAN DO entered into an agreement in 2012 with R&N to take ownership of the more than seven miles of rail line inside Humboldt at the end of 2016. As a result of negotiations between the park’s current rail provider, Norfolk Southern Railroad Company (NS), and Reading & Northern, the timeline was accelerated to Jan. 1, 2016, O’Donnell said.

Muller said R&N plans to run a scheduled service, but will provide additional rail switches when business needs warrant them. The company will also offer railcar storage and personalized service for each business customer. Muller noted that all traffic to Humboldt Industrial Park will be received at Reading and move directly to Humboldt via Tamaqua and that no traffic to Humboldt should move through downtown Hazleton.

“Each customer will have their own local account representative who can assist them with all their rail needs and any issues that arise,” said Wayne Michel, R&N’s President. “At Reading & Northern the customer comes first and Humboldt customers will learn what our existing customers already know—our service is superior to that of any other railroad. Every Humboldt customer will be visited at least twice before we take over service. During those visits we will get to understand their needs. We will then design a service plan that guarantees every customer a service window and up to six-days-a-week service that meets their needs,” Michel said.

O’Donnell said CAN DO is excited to have R&N as a partner in its economic development efforts to attract new industry to Greater Hazleton. “Rail service is critical to many companies and has been instrumental in the growth of our industrial parks. The new provider promises to be an asset in our future growth.”

“As for potential customers, we will follow-up on all opportunities with our award-winning industrial development team. Reading & Northern, like CAN DO, has a national reputation for its innovative approach to economic development. We have won national awards for our efforts to attract business to the railroad,” Michel said. “We make investments in plant and equipment and we assist customers with their development. We also work to make rail infrastructure decisions easy by charging less for the needed rail work and being more flexible on track design. We have a strong team focused on industrial development and that team will work hand in hand with CAN DO.”

CAN DO constructed the 7.5 miles of track in its Humboldt Industrial Park, which is the region’s largest rail-served industrial park. CAN DO launched the rail service more than 40 years ago with a $165,000 matching grant from the Appalachia Regional Commission and has extended the track numerous times since. Currently, more than 15 industries are dependent on rail service to the park. In 2013, 4,569 rail cars moved through Humboldt and the number increased to 4,633 last year.

R&N is known nationwide for its commitment to working closely with economic development organizations. Michel said the company is proud to continue this approach in its partnership with CAN DO.

R&N is the largest privately owned railroad company in Pennsylvania and was the only railroad to be named Regional Railroad of the Year three times by Railway Age, receiving the honor in 2002, 2011 and 2015. 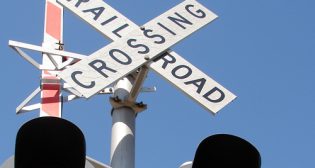