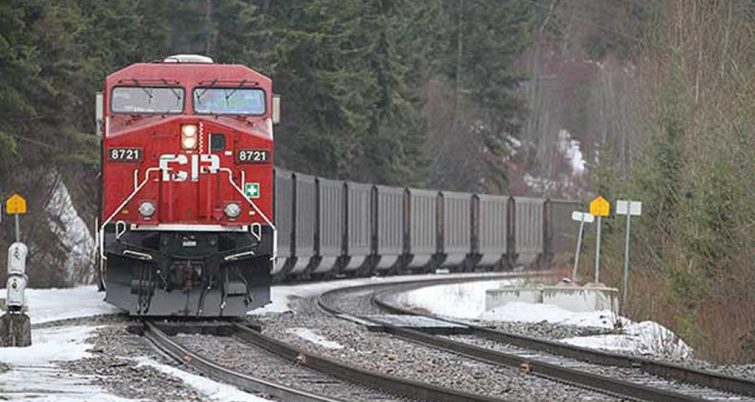 A passenger line between Montreal and Boston would use rail owned by Canadian Pacific through Canada.
Photo: NetNewsLedger

Canadian Pacific is today responding to a crude oil derailment near Guernsey, Sask. There were no injuries to the crew and CP emergency response teams are at the scene working closely with local first responders to contain the fire. There is no impact to waterways.

Immediately after the derailment, CP implemented a slow order on its crude trains as a precautionary measure as it gathers facts related to this incident. Since then, Transport Canada has issued a Ministerial Order, effective for thirty days at midnight on Friday, Feb. 7. The order requires a slowdown of “key trains (which contain 20 or more cars carrying dangerous goods). In metropolitan areas, these trains will be limited to 20 mph. Outside these areas, trains will be limited to 25 mph.”

“CP fully supports this action and it has been implemented effective immediately,” said Keith Creel, CP President and CEO. “Until we better understand the facts relating to today’s incident, it is prudent to operate with an abundance of caution. We equally share Minister Garneau’s concerns, and remain committed to safe operations, as we always have been.”

CP is working collaboratively with local officials in responding to today’s derailment and is deploying claims officers to assist community members displaced by the incident and evacuation.

CP is in close contact with regulators and local officials and will keep them informed as the situation progresses. An investigation into the incident is ongoing.

Crews will work diligently and will ensure the area is cleaned up and restored after CP safely recovers from this incident.