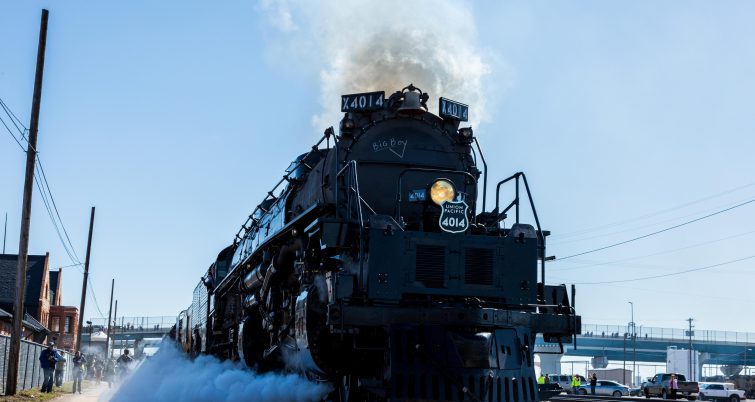 Union Pacific’s Big Boy will travel to cities in the Midwest this summer.

The 150th anniversary celebration of the transcontinental railroad’s completion isn’t over yet. Union Pacific is just gathering steam following its May 9 ceremony in Ogden, Utah, commemorating the anniversary. The newly restored Big Boy No. 4014, the world’s largest steam locomotive, is returning to the rails for its own “Great Race across the Midwest.”

No. 4014 will leave the Steam Shop in Cheyenne, Wyo., July 8, making brief whistle-stops in communities along its route through Illinois, Iowa, Minnesota, Nebraska, Wisconsin and Wyoming. It will be on display in the following cities:

Twenty-five Big Boys were built exclusively for Union Pacific, the first of which was delivered in 1941 to handle the steep terrain between Cheyenne and Ogden. Of the eight still in existence, No. 4014 is the world’s only operating Big Boy. It recently completed its inaugural tour to Ogden for Union Pacific’s 150th anniversary ceremony. The Big Boy and historic steam locomotive Living Legend No. 844 met nose-to-nose, recreating the iconic image taken May 10, 1869, when the last spike was tapped into place at Promontory Summit, creating America’s first transcontinental railroad.