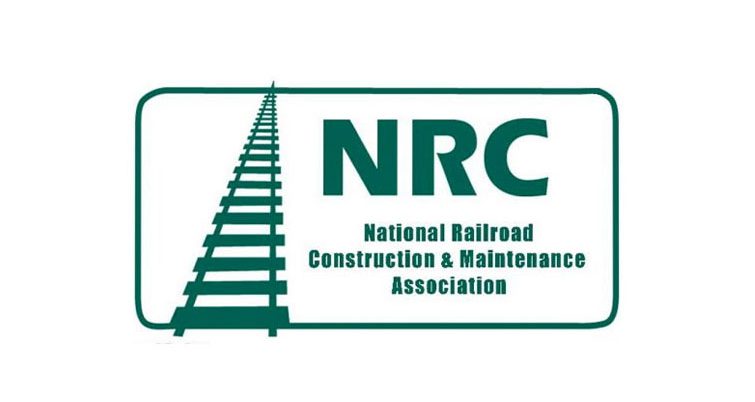 The National Railroad Construction and Maintenance Association, known as the NRC,  is severing ties with Chambers, Conlon & Hartwell, the lobbying firm that manages NRC’s operations.

Mike Choat, chairman of the NRC’s board, notified NRC members of the change by email. Railway Track & Structures obtained a copy of the letter after the close of business today.

While CCH is out, some key employees of CCH will stay on board as employees of the NRC. Among those remaining in place is Matt Bell, who took the helm at the NRC in February.

“Matt and his team will continue to serve the NRC,” Choat told Railway Track & Structures in a phone call Friday night. The decision to end the relationship with CCH was made “unanimously,” by the board, Choat said. He declined to disclose the reasons behind the decision.

Bell and others at the NRC were not immediately available for comment.

CCH is a powerhouse in transportation lobbying. It counts among its clients Norfolk Southern and Canadian National. Notably the former president of the NRC, Chuck Baker, became president and CEO of  another CCH client in February: the American Short Line and Regional Railroad Association (ASLRRA.)

The entire email from Choat to NRC members is below. 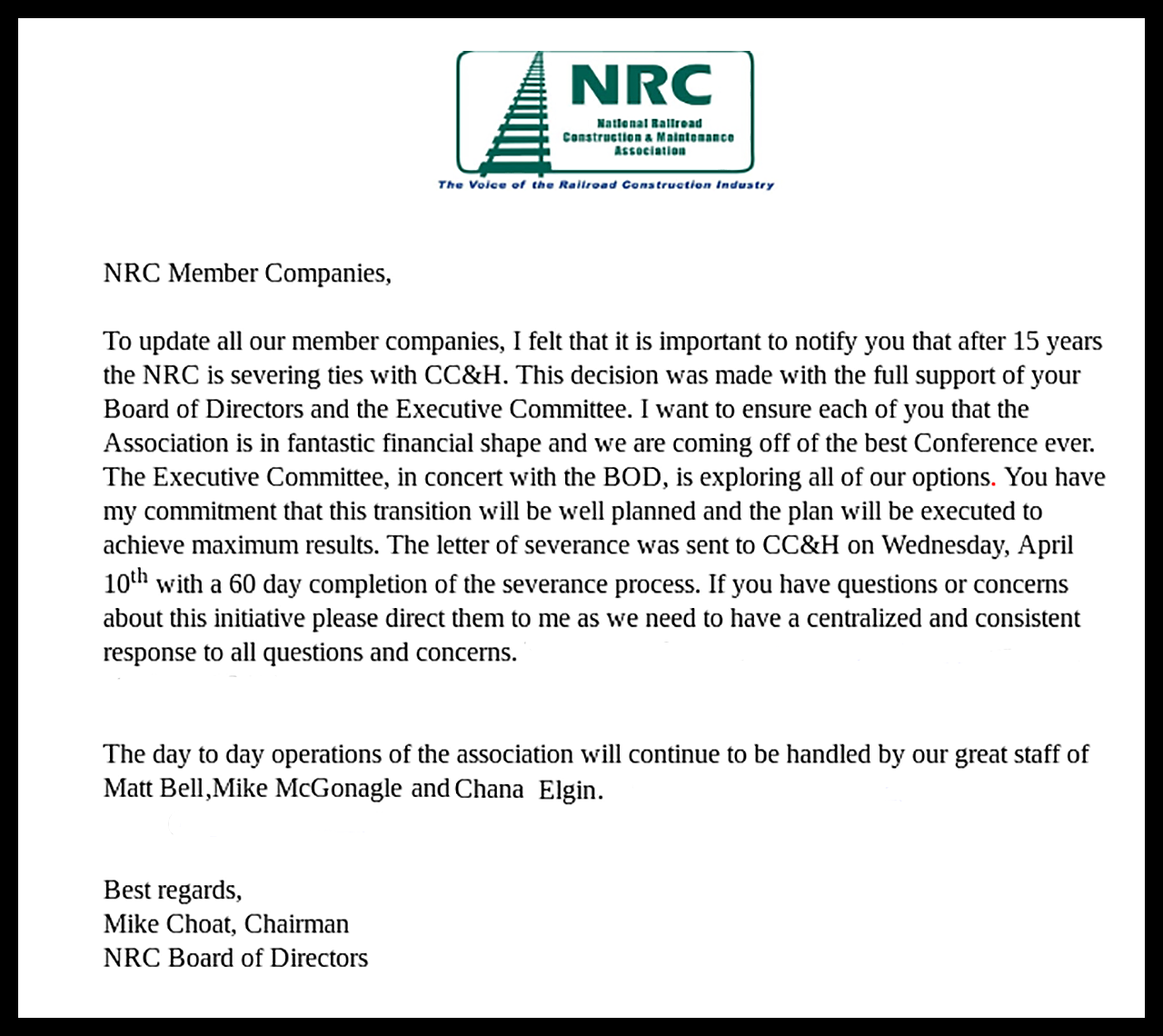