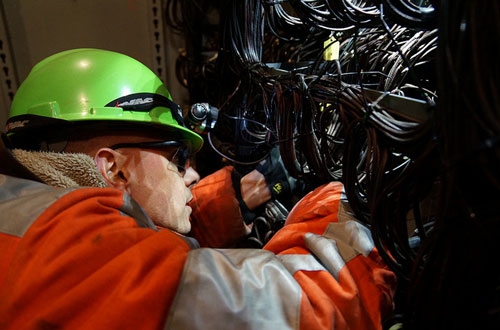 Metro-North rail employees do not want to leave any fingerprints … and they have the backing of the Association of Commuter Rail Employees (ACRE).

The New York commuter rail company wants workers to scan their fingerprints at the start and end of shifts as a way to better manage attendance and overtime pay. If the workers fail to scan they could face discipline measures or lose their job.

ACRE filed a complaint with the New York State Department of Labor stating the move is a violation of state labor law and the collective bargaining agreement between ACRE and Metro-North. Currently employees use an MTA-issued swipe card for an electronic sign in and sign out.

While ACRE says the more modernized approach is a violation of labor laws, it is willing to compromise with Metro-North. Metro-North says the fingerprint reporting would not be used for criminal background checks. What the method is used and not used for does not matter, as the ACRE argues labor laws specifically prohibit fingerprinting.

Overtime pay has surged in recent years, and in May MTA Chairman Pat Foye initiated an effort to review overtime claims and payouts. The MTA is expected to hold a meeting on Friday to go over several employee-related matters, including overtime pay.