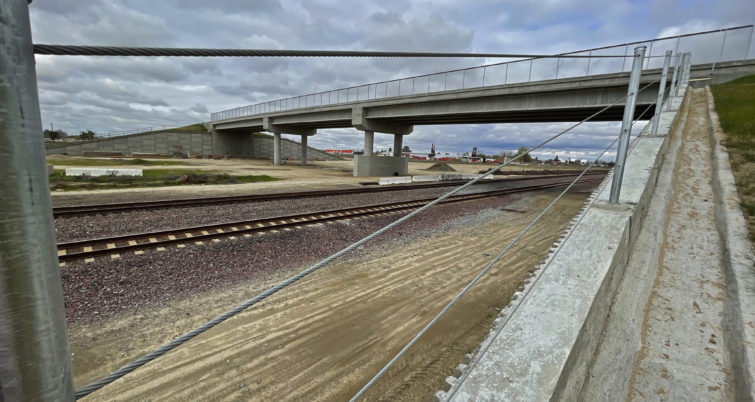 My son came off looking like an unlucky racoon sprawled across the pavement.

A back injury forced him to miss the entire high school summer league, so to the flock of college scouts watching his team play, he might as well have been road kill in his street clothes. Fortunately, he will have another summer season to reincarnate his chances at some kind of basketball scholarship.

During the entire month, I just wanted to shout to the gym rooftops: “MY SON IS 6-8 AND STILL GROWING! HE’S ATHLETIC, HAS GREAT COURT VISION, AND CAN DUNK!” Doing that would cause a scene, and even though I do that all too well at times my wife would not tolerate it. One stare from her and I would be that unlucky racoon.

The high-speed rail industry in the U.S. has been advertising a transportation giant for years now. They shout all the right things: “GET TO YOUR DESTINATION FASTER! RIDE AND SAVE THE ENVIRONMENT! SIT BACK AND DREAM ABOUT DUNKING!” However, several factors have stunted the growth of this giant, and the weight from all the pressure has injured its back.

Brightline has been the first out of the station, and it’s higher-speed lines in Florida do hold promise. The route between Miami and West Palm Beach can only carry trains running about 80 mph because the ride is mostly on existing right-of-way that makes true high speed unattainable. Almost complete is the route running up to the Orlando International Airport, and in the works is service that will connect Orlando to Tampa. Speeds should run faster than 80, but that will not be Japan fast. Bullet trains in the Far East can zoom at over 200 mph.

The high-speed rail project in California has received the most media attention over the last couple of years, but not because of progress. Ultimately, the route will connect San Francisco to Los Angeles, but political wavering and funding issues has the project segmented. Stretches are being constructed here and there.

Then there is the ambition of the Texas Central, which wants to build a zip line from Dallas to Houston. Like the California version, the track will mostly be built on new right-of-way that will be able to produce true high speeds on the rail. Texas Central, however, was without a CEO at press time, and still does not have the funding it needs to get off the ground.

My colleague, David Lester, penned an excellent Last Stop piece (see A requiem for HSR in America, May 2022) where he expressed heavy doubt on the establishment of an authentic high-speed rail service, one that could challenge jet liners to a race. I also recently ran into a Facebook post from a gentlemen who was screaming from the rooftops about the promise of high-speed rail in the U.S.: “IT WILL BE FANTASTIC! SOON WE WILL BE ABLE TO TRAVEL THE COUNTRY AT TRAIN SPEEDS YOU ONLY SEE IN EUROPE AND THE FAR EAST! IT’S A SLAM DUNK!”

Yes, I paraphrased a little, but the post was sparkling in enthusiasm. I fall in between Lester’s lackluster attitude and the frenzy on Facebook. I do believe rail lines in Texas and California (and let’s not forget Brightline West connecting Las Vegas to Los Angeles) will eventually get up to high speed. But the worst of the cost is yet to come in California, as tunnel work and construction through difficult terrain awaits. Brightline West faces a similar challenge. Could the Houston ride be the first to reach speeds of 200+ mph? Do I dare say yes? 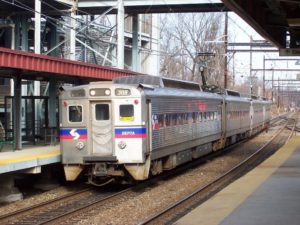 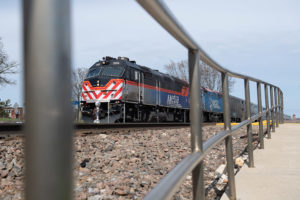