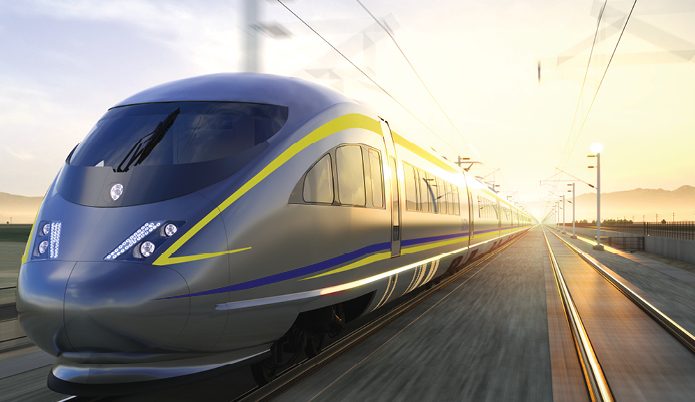 The California High-Speed Rail Authority's money problem appears to be getting worse.

Days after it was revealed that the high-speed rail project in California was facing another delay and cost overruns, the California High-Speed Rail Authority has requested the state to release over $4 billion in state bond funds. The Authority claims it’s more of a security blanket to make sure there is enough money to complete a section of the project.

If approved, the funds will be pulled from Proposition 1A, which was approved by voters back in 2008 and worth $9.9 billion.

One of the major sources of money for the high-speed rail project was dealt a major blow by the COVID-19 pandemic. Sales of cap-and-trade pollution credits in the state’s greenhouse gas reduction program, which are auctioned off, have dipped over the last 10 months. The credits usually pull in $180 million, but back in May of 2020 the auction produced just $6 million. Auctions in May, August and November has cost the agency $288 million in projected cap-and-trade income.

The state bond funds would be used for the 119-mile section that connects Madera to Shafter. The California High-Speed Rail Authority claims it has nowhere else to turn to for funding. A new estimate on how much it will cost to complete the 119-mile segment stands at $13.8 billion, $1.3 billion more than what was originally planned.

Almost $8 billion in cap-and-trade money, federal funds and Proposition 1A money has either been spent or earmarked for the construction.

If the money cannot be found the project could be slowed and some jobsites may close.

The Authority also is hoping the Biden administration will release $929 million in grant money that was originally awarded to the state back in 2010.

There also is a legal challenge as to how the Proposition 1A money is being spent. Critics claim the high-speed rail project does not fit the criteria that were presented to voters back in 2008. The focus was on an electrified train system between San Francisco and Los Angeles.