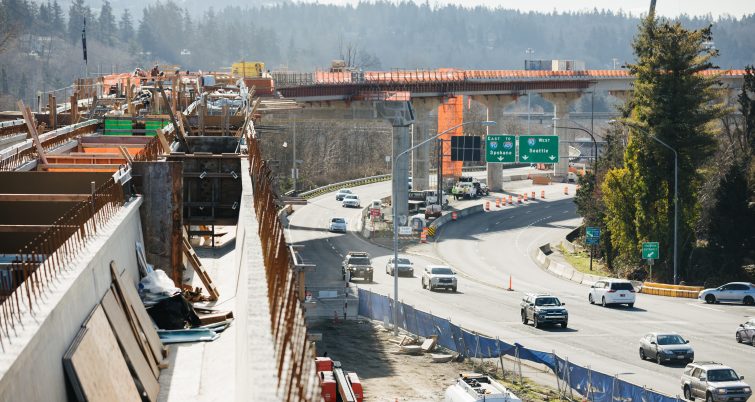 The White House see three paths to the passage of a major infrastructure bill, but some of the paths contain obstacles.
Sound Transit

Crews working on the Sound Transit project are getting ready to work on the rail portion of a light-rail bridge that crosses over I-405 in Bellevue, Wash. Lanes and ramps on I-405 will be closed for two consecutive weekends. On Friday falsework, temporary steel columns and temporary beams used during the construction of the 810-ft-long bridge will be removed.

When finished, the bridge, part of the East Link, will connect the Bellevue Downtown and Wilburton stations when the Blue Line begins in 2023.

During the weekend closures, crews will use an electric winch to remove and lower the heavy falsework to the road surface, where it will be disassembled and removed.