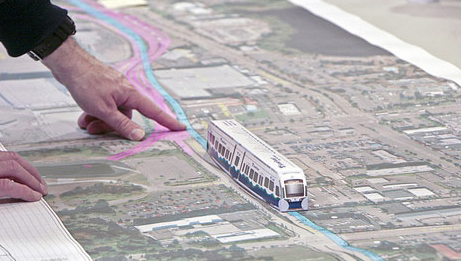 Sound Transit will be receiving some much needed federal funding for the Lynnwood Link and Federal Way Extension light-rail projects.

Washington State Sens. Patty Murray and Maria Cantwell made the announcement on July 9. The money will come from the Federal Transit Administration’s Capital Investment Grant (CIG) program. The Federal Way Extension will be receiving $158 million, while the Lynnwood Link Extension project will get $94 million.

“This is good news for Puget Sound commuters,” Cantwell said in a statement. “Every federal dollar that we get helps keep Sound Transit’s light-rail expansion moving and gets us closer to building a transit spine from Everett to Tacoma. These funds will help provide four light-rail stations between Shoreline and Lynnwood, and three stations between Kent and Federal Way.”

Sound Transit has been trying to find a way to deal with an affordability gap that is billions of dollars wide. The Sound Transit board has been discussing delaying most projects, some for more than a decade. Resistance is coming from officials and the public, and some board members have alternate plans that will keep construction on schedule.

The CIG grant money will go directly to Sound Transit to continue work on the two projects, and come in addition to previously committed federal funding. This will save Sound Transit more than $252 million.