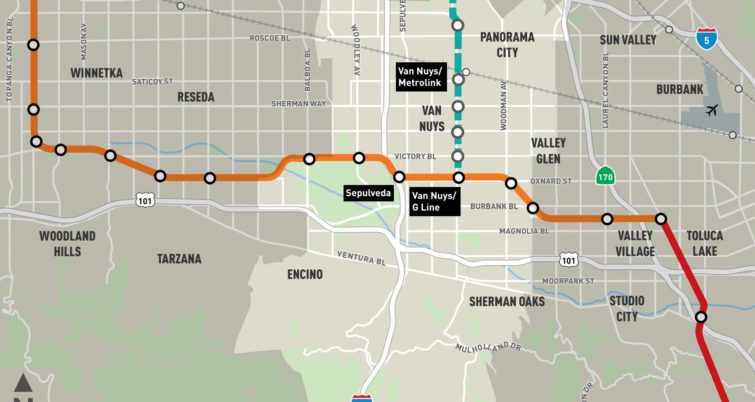 The Los Angeles County Metropolitan Transportation Authority has announced that it will hold three community open houses this month for the Sepulveda Transit Corridor Project, a massive project to construct a heavy rail line or monorail between the San Fernando Valley and the West Los Angeles area south of the Santa Monica mountains.

The forums are set for Jan. 21, 24, and 26, according to LA Metro. As the agency carries out the project’s environmental study, LA Metro is also currently working with Pre-Development Agreement teams to further assess and hone various project alternatives.

The scheduled open houses will provide attendees with the opportunity to ask agency staff and consultants, as well as Pre-Development Agreement team representatives, questions about station locations and entrances currently under consideration.

The Sepulveda Transit Corridor Project will be divided into two segments: one between the San Fernando Valley and Westside, and another from Westside to Los Angeles International Airport.

The project is partially funded by Measure M, the transportation sales tax approved by 71% of Los Angeles County voters in 2016. The Measure M funding plan called for $9.5 billion in funding from local, state, and federal sources, with $5.7 billion going to the Valley-Westside segment and $3.8 billion going to the Westside-LAX segment.

The LA Metro Board of Directors approved contracts in March of 2021 with two private-sector teams for pre-development work on the Sepulveda project.