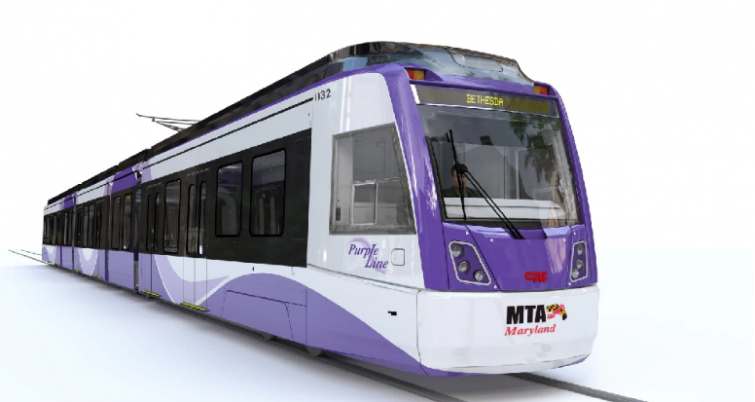 Maryland’s governor would not mind seeing a future light-rail project for Baltimore that involves private investment.

Maryland Gov. Larry Hogan did not like Red a few years ago, but he has higher hopes for something like a Purple.

Back in 2015 Hogan rejected plans for a $2.9 billion Red Line that would serve the Baltimore area, calling it a boondoggle. Hogan particularly did not like a $1 billion tunnel section that would run under the city, Harbor East and Fells Point.

Appearing before the U.S. Senate Environmental and Public Works Committee on Feb. 24, Hogan said he likes the private investment that has been put into the Purple Line in the Washington, D.C., and Maryland areas. U.S. Sen. Ben Cardin applauded Washington’s transit system, but said Baltimore had challenges that have not been met. Hogan’s Purple Line response came from a question from Cardin.

Hogan disagreed but said there was not enough time to elaborate. The governor said the Maryland Department of Transportation also opposed the Red Line. Instead, the Purple Line, which goes through Prince George’s County in Maryland, was pursued. Hogan said the Purple Line will make 16 stops in minority areas.

The Purple Line, however, has been plagued with problems, and the construction contractor walked off the job last year.