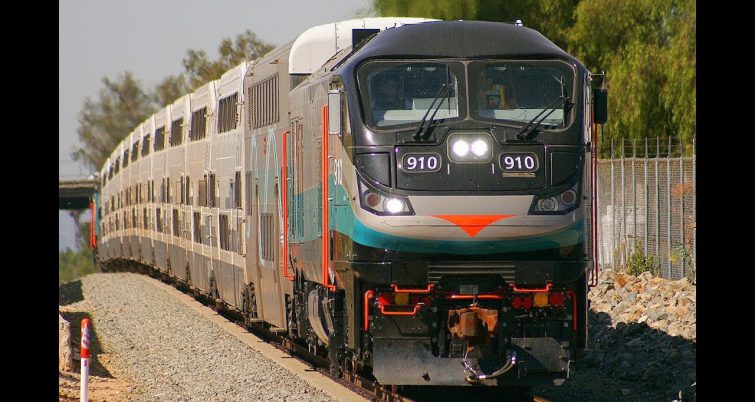 Metrolink is the newest member of the Commuter Rail Coalition.
Metrolink

For those not familiar with the Commuter Rail Coalition (CRC), it is an association of commuter rail agencies, operators, and other interested parties acting together to engage and eductate stakeholders on the value commuter railroads bring to the communities they serve.

What is the Commuter Rail Coalition?

The Commuter Rail Coalition (CRC) advocates for commuter railroads in the US, calling attention to the many benefits of commuter rail transportation and identifying the resources needed to continue those many beneficial impacts into the future.

Metrolink is the latest commuter rail agency to join the CRC. To learn more about the CRC, please follow this link.

While Metrolink was the last of four commuter agencies to join the CRC in calendar 2021, three others – the Long Island Rail Road (there is now a combined NY MTA membership), Trinity Metro, and the Utah Transit Authority.

Metrolink is southern California’s regional passenger rail service providing reliable, safe, affordable and environmentally sustainable transportation that connects people, communities and businesses to greater opportunity. The Agency’s 538 miles of track and 62 stations across six counties serve as an essential link in the region’s mobility network. Prior to the pandemic, Metrolink had nearly 12 million annual boardings from people who chose to ride the train to avoid freeway gridlock, removing an estimated 9.3 million vehicles from the roads and reducing greenhouse gas emissions by 130,000 metric tons each year.

Metrolink will be celebrating its 30th anniversary in 2022 after first offering service in 1992. As a joint powers authority governed by representatives of the transportation planning agencies from Los Angeles, Orange, Riverside, San Bernardino and Ventura counties, Metrolink is essential to connecting southern California residents to all that’s important in their lives including health, education, employment and leisure travel.

Also, in 2022, Metrolink will expand service with the launch of the Redlands Passenger Rail Project – called Arrow – a nine-mile connection from the University of Redlands to the San Bernardino-Downtown Station. The service will add four additional stations to the Metrolink network. As part of Arrow, Metrolink will operate three highly fuel-efficient Diesel Multiple Units (DMUs). The DMUs are powered by an on-board low-emission diesel engine which are smaller, quieter, and more efficient than a standard locomotive. In 2024, Metrolink plans to operate Zero Emission Multiple Units (ZEMU) on the Arrow corridor that will be powered by hydrogen fuel cell-battery hybrid technology that will further eliminate rail emissions and air pollutants.

As Metrolink continues to implement our strategic business plan and climate action plan with the goal of regaining ridership safely, we are excited to join the Commuter Rail Coalition. Our hope is that this advocacy group of railroads will make the impact of providing outstanding passenger service that our riders expect and need across America.
Metrolink will be represented at the CRC by CEO Darren Kettle, who joined the agency in 2021 after serving as Executive Director of the Ventura County Transportation Commission for the previous 14 years.