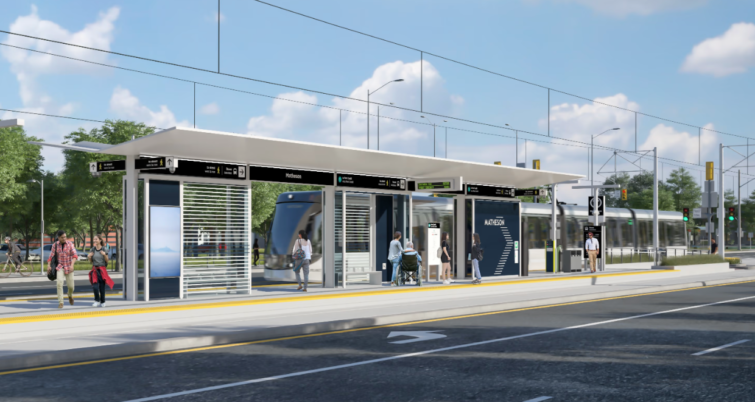 Metrolinx crews are continuing work on the Hazel McCallion Line in Brampton and Mississauga along Hurontario Street, the transit agency announced this week.

Among the planned next steps is the construction of the stations themselves, the first of which will be built on Hurontario Street, north of Matheson Boulevard.

The platform at the Matheson station is now being built, with the canopy installation likely to be finished early this year, Metrolinx said in a release.

Canopies will be in place to shield travelers from the weather while also providing evening illumination to improve safety and visibility. Ticketing machines and regional route maps will also be available at the station.

Roadwork along Hurontario Street at Matheson Boulevard is nearly finished, and track construction has been completed as well, according to a release. Crews will continue roadwork as well as sidewalk construction and landscaping.

Platform construction at the Hazel McCallion Line will be one of the last steps of the project work at the intersection, Metrolinx said.

The next stops to be completed along the line will include locations at Courtneypark Drive and Derry Road. Metrolinx plans for 19 stops and stations along the route starting at Brampton Gateway Terminal in the north and heading south to Port Credit GO Station.