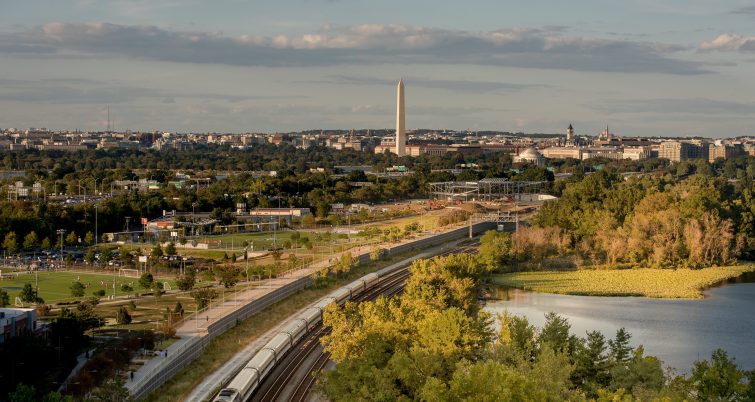 The National Landing Business Improvement District (BID) released a new report, Mobility Next, detailing the multibillion-dollar, public-private investment program that is transforming National Landing into the most well-connected downtown in the country. For the first time, the report provides a comprehensive description of National Landing’s transportation plans, including eight major projects with a combined estimated cost of $4 billion, which are currently in the pipeline and expected to deliver in phases over the next decade.

“Far from being an urban planner’s pipe dream or some unattainable transportation wish list, each of the projects outlined in National Landing’s Mobility Next benefits from large-scale public-private support and the identification of dedicated funding streams,” said Tracy Sayegh Gabriel, President and Executive Director of the National Landing BID. “Just as importantly, each of the projects are intended to complement one another in ways that vastly enhance mobility for everyone traveling to, from, or within National Landing, whether by Metro, commuter rail, plane, car, bike, foot, or other mode of transportation.”

According to National Landing’s Mobility Next, the public and private sector’s approach to this next generation of transit is rooted in four key pillars:

Highlights of the transportation program include:
· A pedestrian connection to National Airport, which will establish National Landing as the world’s only downtown walkable to a major airport.

· Investments in passenger rail that will allow for:

o Expanded regional rail that will position an additional 765,000 residents within a 60-minute commute of National Landing – while increasing the number of moderately priced homes within the same radius by nearly 100,000.

· Four miles of new protected bike lanes that will continue to advance active transportation as a fast, fun and safe way to get around within National Landing.

· Transforming an existing, elevated highway into an urban boulevard that prioritizes safety and walkability.

Since its earliest days, National Landing, which encompasses the Northern Virginia neighborhoods of Crystal City, Pentagon City and Potomac Yard, has been defined by its convenience and access to robust transportation infrastructure. Keeping with this tradition, Virginia’s 2018 agreement with Amazon to construct a new headquarters in National Landing included commitments to fund a slate of projects that will build on the area’s existing network to create a place of unparalleled connectivity. The BID’s report highlights the significant progress that has been made over the past two years and provides an overview of how each project is being designed, funded, and built.

About the National Landing Business Improvement District:
The National Landing Business Improvement District (BID) is a public-private partnership established to promote and activate the area’s business, retail, restaurant and residential community through placemaking, public art, transportation, economic development, events, marketing and promotion. This dynamic, mixed-use urban center encompasses the vibrant Crystal City, Pentagon City and Potomac Yard-Arlington neighborhoods, and includes more than 26,000 residents, nearly 12 million square feet of office space, approximately 5,900 hotel rooms and over 450 restaurants and shops. Already Virginia’s largest walkable downtown, National Landing is in the midst of an exciting transformation driven by billions of dollars in public and private investment that will deliver new and enhanced housing, offices, parks, transportation and infrastructure in the coming years. The National Landing BID is helping to steer this growth in ways that are sustainable and enhance the area’s diversity and livability. For more information, visit NationalLanding.org and connect on Twitter, Facebook and Instagram.