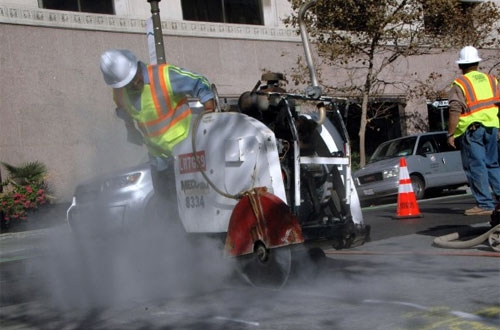 The $1.367-billion Regional Connector project, partially funded with $160 million in Measure R sales tax money approved by voters in 2008, is considered one of the region’s most significant transit projects. The nearly two-mile project will enhance LACMTA service by providing one continuous trip between Azusa and Long Beach and between the Eastside and Santa Monica. In so doing, it minimizes the need for transfers, reducing one-way light-rail trip times across the county by 10 to 20 minutes or more. Eleven intersections will also be improved, including 1st/Alameda streets, which will see improved performance and less congestion.

Transit passengers will have access to three new stations in Downtown Los Angeles: 1st/Central, 2nd/Broadway and 2nd/Hope. The new stations are estimated to provide access to 88,200 daily users, including approximately 17,700 new transit riders.

The Federal Transit Administration recently permitted the Regional Connector project to advance into its Final Design phase. LACMTA intends to seek a Full Funding Grant Agreement through FTA’s New Starts Program next year, which would constitute a federal matching contribution to the project. LACMTA estimates construction of the tunnel and new stations could begin in late 2013. The project, if fully funded, could open in 2019.

The Los Angeles Economic Development Corporation forecasts that the Regional Connector project will create 15,400 jobs (direct, indirect and induced), $890 million in labor income and $2.38 billion in business revenue generated by the project in the Southern California region.