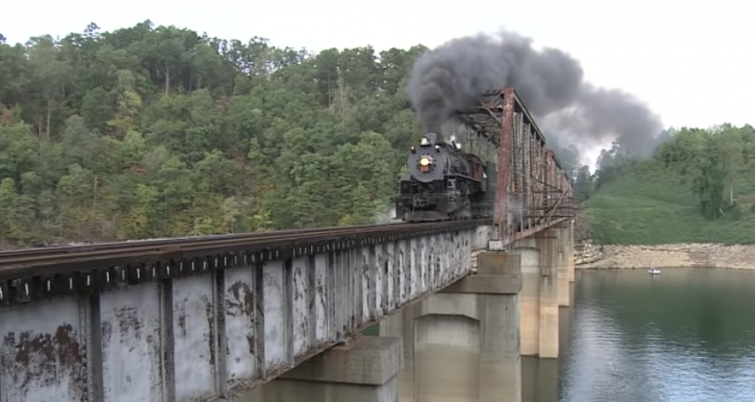 A second passenger train has derailed in the U.S., and investigators are trying to figure out what caused the accident in North Carolina.

The Great Smoky Mountains Railroad (GSMR) train left the tracks on Oct. 9 as it was making its way to the Bryson City depot from the Nantahala Outdoor Center in Swain County, N.C. No one was injured.

Passengers on the train said hundreds were on board to enjoy the colors of the fall season, and several cars derailed. At least one of them was leaning over Lake Fontana. Another eyewitness said the tracks underneath the cars folded over, causing the derailment.

GSMR Railroad Vice President and General Manager Kim Albritton stated no major damage occurred as a result of the accident and the aim was to make all the necessary repairs and inspections by the end of the day on Oct. 12.

Heavy rain in the region might have led to the rails to separate.