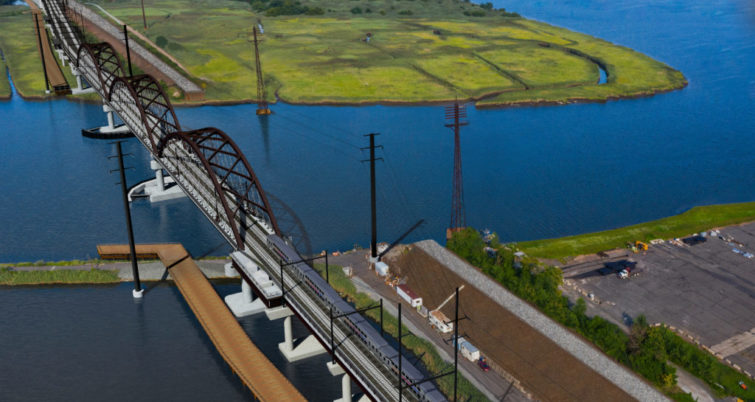 NJ Transit and Amtrak are replacing the century-old Portal Bridge over the Hackensack River in New Jersey with a higher bridge that will not have to open and close for river traffic.

For most people, being stuck at a railroad crossing is a nuisance. Nevertheless, you can see the train passing and roughly estimate how long you’ll have to wait. Plus, if you’re a rail enthusiast, you may even enjoy watching the train pass!

Being stuck at a swing bridge crossing is a different story. Generally, the portion of the bridge on your side of the river is so tall and straight that it blocks the view of what’s passing. Moreover, as swing bridges age, they’re more likely to have malfunctions that keep the bridge open for longer, with no explanation or timetable for the delay. Very frustrating.

The existing, 111-year-old Portal Bridge was built by the Pennsylvania Railroad and entered revenue service in November 1910. Prior to the COVID-19 pandemic, the bridge carried more than 450 daily Amtrak and NJ Transit trains and 200,000 daily passengers over the Hackensack River – a critical link in the congested territory between Newark, New Jersey and Penn Station, New York. This two-track, moveable swing span is a major bottleneck and source of delays, particularly when the aging bridge malfunctions during opening and closing for maritime traffic.

A two-track replacement bridge – Portal North – will replace this outdated relic with a modern, high-level fixed span that does not open or close, eliminating the movable components and risk of malfunction. The new bridge will rise 50-feet over the river and, including the approaches, span nearly 2.5 miles of the Northeast Corridor. Portal North Bridge is an important element of the broader Gateway Program that will eventually double rail capacity between Newark and New York.

The project is being funded by the US Department of Transportation, Transportation Trust Fund, New Jersey Turnpike Authority and Amtrak. In January 2021, Governor Murphy announced the signing of a Full Funding Grant Agreement which secured $766.5 million in Federal Transit Administration funding to support the project’s final design and construction.

Also in January 2021, NJ Transit advertised the Invitation for Bid (IFB) for the construction contract. The procurement was a two-step process, the initial step being the Special Pre-Qualification of Bidders.  In May, NJ Transit pre-qualified four bidders and conducted a pre-bid conference and Disadvantaged Business Enterprise outreach. Two of the pre-qualified bidders submitted proposals on September 2. Skanska-Traylor PNB Joint Venture of Queens, New York was deemed the lowest responsible and responsive bidder. 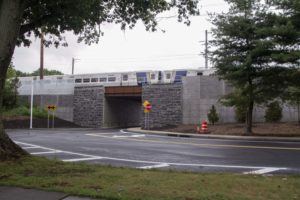 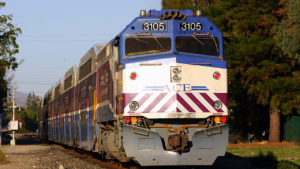