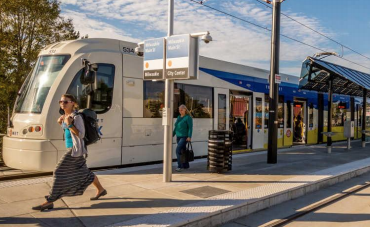 Portland’s Metro Council is looking at a payroll tax to help pay for its $7 billion transportation plan.

The Metro Council has chosen its tax. Officials have been looking at a variety of funding mechanisms for Portland’s largest transportation package in history, which stands at $7 billion. The decision should be made official during a meeting next week.

Metro wants to use a payroll tax to help pay for the package, which includes a proposed light-rail extension, but several business groups have come out asking the agency to hold off until the pandemic has cooled. The Portland Business Alliance says now is not the right time for a payroll tax during an economic crisis, and sent a letter to Metro outlining its concerns. Business organizations in Washington, Clackamas, Beaverton, Hillsboro and Gresham counties also have expressed concern.

Metro also was looking at increases in sales and property taxes to pay for the measure, as well as a vehicle registration fee. The payroll tax, which would be put on the November ballot, would generate $250 million annually over the next 15 years. The rate would start at .75 percent in 2022 and would rise for several years.

Metro also is looking at ways to cut or prioritize projects. However, during a meeting on July 7, council members expressed concern about scaling back projects any further.