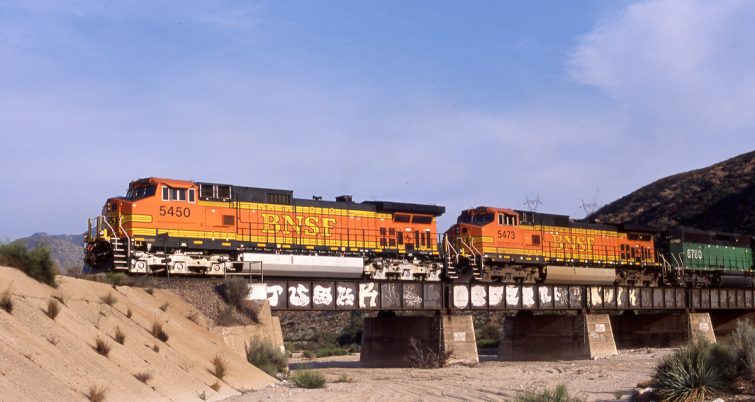 While some are claiming a derailment in Idaho on New Year’s Day was a heroic event, one environmental group believes there is a villain at play.

Wild Idaho Rising Tide is calling the accident on the first day of 2020, which sent two BNSF locomotives in the Kootenai River in Idaho, a major disaster that has had a ripple effect on the environment and wildlife in the area. The group claims one of the locomotives leaked at least 2,100 gal of fuel in the Kootenai, and the contaiminated water has affected a Kootenai Tribe fish restoration hatchery 2.5 miles downstream. The diesel spill also flowed into the habitat of three endangered species—sturgeon, burbot and bull trout—and private and municipal water sources. BNSF crew members had to be rescued from the river following the derailment, which was caused by a rock slide.

The Wild Idaho Rising Tide believes clean-up efforts have been inadequate and guided by “profit motives and avoidance of legal challenge.” The group says BNSF should be responsible for worker safety, river pollution and putting endangered species at risk. The group also says BNSF should have put preventive measures in place so a rock slide would not have caused a derailment.